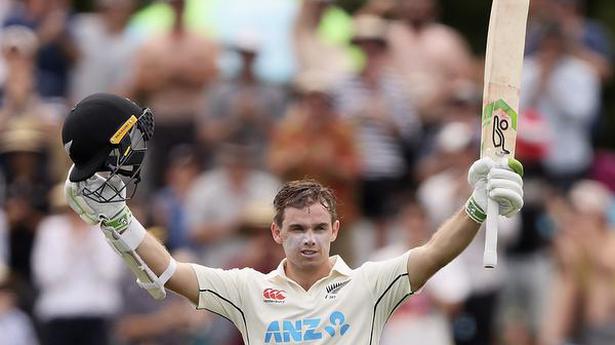 
Tom Latham was closing in on a double century as New Zealand reached 349 for one at stumps to defy Hagley Oval’s grim reputation for batters on the first day of the second Test against Bangladesh here on Sunday.

The New Zealand captain was unbeaten on 186 with Devon Conway on 99 as the Black Caps scored at will on a ground reputed to be a bowler’s paradise on day one.

New Zealand, desperate for a win to save the series after losing the first Test, defied the green surface and was in control ever since being put in. Latham and Conway put on an unbroken 201 for the second wicket after Latham and Will Young, who made 54, produced a 148-run opening stand.

The only time he was troubled was in Ebadot Hossain’s opening over when he was twice given out lbw only for the dismissals to be overturned on review. Bangladesh appealed vociferously late in the day for Latham to be caught behind, but replays showed the ball missed the bat.

Seven off one ball

After toiling fruitlessly through the morning session, Bangladesh missed a chance for a wicket in the first over after lunch in what turned out to be a seven-run farce.

A Young edge off Ebadot was dropped by Liton Das at third slip allowing three runs. As the bowler and fielders expressed their frustration, the return throw went to the bowler’s end where no one was backing up and the ball raced through to the boundary.

Much to Ebadot’s annoyance, Young scored a five in his next over when he took a quick single and Mehidy Hasan’s throw at the stumps from mid-wicket raced to the fence again.