No concessions at Ukraine talks with U.S., says Russia 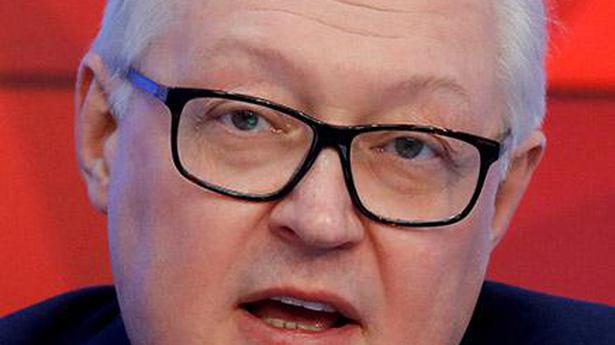 
Russia ruled out on Sunday any concession at talks with the United States on soaring tensions over Ukraine, as Moscow, facing strong pressure to pull back troops, seeks a wide-ranging new security arrangement with the West.

Russia’s Deputy Foreign Minister Sergei Ryabkov told Russian news agencies ahead of his talks in Geneva the Kremlin was “disappointed” with signals coming from Washington and from Brussels, where NATO and the European Union are based.

The high-level discussions kick off a week of diplomacy in which Russia will meet with NATO and the Organization for Security and Cooperation in Europe (OSCE), as the United States tries to assure European allies they will not be sidelined.

The Kremlin is insisting NATO must never grant membership to ex-Soviet Ukraine, which is pushing to join.

The United States, to be represented by Deputy Secretary of State Wendy Sherman, agreed to talks even though it made plain that many of Moscow’s proposals are non-starters.

Originally scheduled to start on Monday, Ms. Sherman is now due to have a working dinner with Mr. Ryabkov on Sunday evening, a State Department spokesperson said. Russia’s Foreign Ministry posted footage of Mr. Ryabkov’s plane arriving in Geneva.

“We will not agree to any concession. That is completely excluded,” Mr. Ryabkov said before departing. “We are disappointed with the signals coming in the last few days from Washington but also from Brussels.”

A U.S. official, speaking on condition of anonymity, warned that Washington would also send more troops to eastern NATO members such as Poland and the Baltic states if Russia invaded Ukraine.

“Whatever the solution, Europe has to be involved,” EU Commission chief Ursula von der Leyen said.

“It is very likely that we will encounter the reticence of our U.S. and NATO colleagues to really perceive what we need,” Mr. Ryabkov said on Sunday.

But John Herbst, a former U.S. ambassador to Ukraine, described the Russian troop build-up as a “gigantic bluff” by Mr. Putin to seek a negotiated agreement.

“They are trying to see if the Biden administration or Europe will blink,” said Mr. Herbst, now at the Atlantic Council think tank.

“As long as the Biden administration remains at least as strong as it is now,” he said, “it probably is enough to keep Putin from striking large into Ukraine, but I don’t rule out something smaller.”