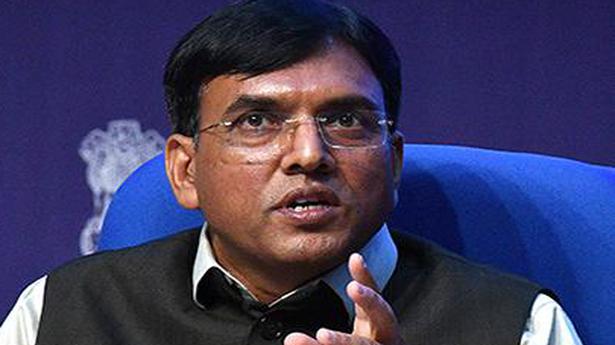 The NEET-PG exam was held on September 11, 2021, after being rescheduled twice in January and April.

NEET-PG is a qualifying and ranking examination in India, for students who wish to study various postgraduate medical courses in government or private medical colleges in the country. The Supreme Court on January 7, in an interim order, allowed resumption of medical counselling for NEET-PG admissions for the year 2021-22 while upholding the validity of 27% Other Backward Class (OBC) and 10% Economically Weaker Section (EWS) quotas.

Results of NEET-PG were declared in the last week of September 2021 following which students for nearly 45,000 postgraduate seats had been waiting for the counselling to begin. The process was stalled after the Health Ministry’s proposal to reserve seats for EWS was challenged in Court. Resident doctors of various medical colleges across India, last month, held protests and boycotted work demanding expedition of the counselling.

The Health Minister in his tweet on Sunday said: “As assured by the Ministry of Health to the resident doctors, following the order of the Supreme Court, the NEET-PG counselling is being started by the Medical Counselling Committee from January 12, 2022. This will give more strength to the country in the fight against Corona. My best wishes to all the candidates.”

The NEET-PG exam was held on September 11, 2021, after being rescheduled twice in January and April last year. Also the counselling process for admission to postgraduate medical courses was postponed due to a petition in the Supreme Court. This was challenging the new OBC and EWS reservation policy announced by the Central Government and the Medical Counselling Committee (MCC).

Now as per the Supreme Court order, there will be 27% reservation in undergraduate and postgraduate medical seats of the all India quota. For EWS quota, 10 per cent reservation has been permitted for this year, so that the counselling process can take place, and for the upcoming years, the criteria of the quota will be decided in the next hearing scheduled for March this year.

The decision by the Supreme Court and the announcement by the Health Minister comes as a relief for the Federation of Resident Doctors’ Association (FORDA), which had recently protested over the delay in starting of NEET-PG counselling. Every year approximately 45,000 candidates are selected as post graduate (PG) doctors through the NEET-PG and delay in counselling has led to a situation where no junior doctors have been inducted by 2021.

“Second and third-year PG doctors are handling patients and are facing increased workload due to the COVID pandemic,” FORDA said. It had called off its strike recently after the government assured that their demands would be looked into. FORDA also welcomed the Supreme Court order for allowing NEET-PG Counselling for 2021-2022 based on existing EWS/OBC reservation on January 7 and said: “It’s a relief for us. When the country is suffering from the third wave of COVID such a decision is extremely valuable for all the doctors.”