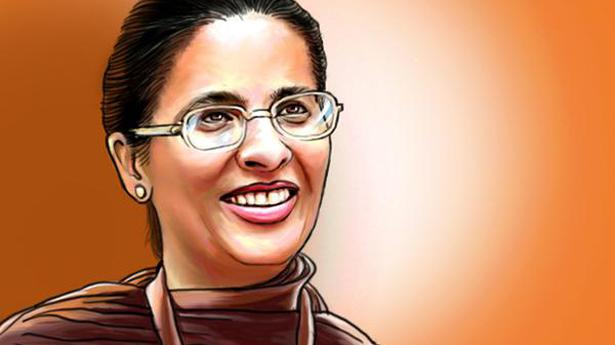 The first woman judge in Pak. Supreme Court comes with a stellar reputation

The nomination of Justice Ayesha Malik as the first woman judge of the Supreme Court of Pakistan has been welcomed across the world for being a progressive move in the male-dominated topmost appellate court of the country. However, the development has exposed, once again, the rift between the military establishment and its rivals, especially in the judiciary.

Justice Malik has a stellar reputation to back her candidature to the top court. She has been associated with prestigious chambers in Pakistan and was educated at the Harvard Law School. That apart, she has consistently batted for women’s rights as well as the rights of women judges in lower courts. The nomination comes a year after Justice Malik gave a landmark judgement in the Lahore High Court against the ‘two-finger test’, terming it scientifically unsound. Her legal pedigree is undoubtedly among the finest in Pakistan.

However, a section of Pakistan’s liberals are cautiously welcoming her nomination, citing that Justice Malik got support from the pro-government members in the JCP (Judicial Commission of Pakistan), who elected her with majority votes in the January 6 meeting. The bar councils of Pakistan that called for protest following the announcement pointed out that her elevation took place superseding four senior judges.

They point out that the support from the pro-government sections in the JCP indicates that the government may be eager to appoint a woman judge to project its progressive face, but in deed, it is not an honest broker. The appointment saw a divided JCP with the Chief Justice, Gulzar Ahmed, senior Puisne Judge Umar Ata Bandial, former Judge Sarmad Jalal Osmany and Attorney-General Khalid Jawed supporting the elevation, while others, including Justice Qazi Faez Isa, opposing it.

The support from the Attorney-General is a clear indication that the government of Prime Minister Imran Khan favoured the elevation of Justice Malik, superseding other judges.

Over the years, Pakistan’s Supreme Court has clashed with the military establishment repeatedly. In a judgement in 2019, Justice Isa had directed the military not to be partial to any political party. While Justice Malik had taken on the patriarchal elements of society, Justice Isa had taken on the all-powerful military and therefore the doubts have risen if the good deed of elevating Justice Malik to the Supreme Court was indeed an outcome of the pursuit of gender justice or is it aimed at weakening the anti-military sentiment at the highest appellate body.

The larger politics of the appointment has risen to the surface also because of the recent controversies over the appointment of the new chief of the Inter-Service Intelligence, the spy agency. The appointment of Lt. Gen. Nadeem Ahmed Anjum, which came in the backdrop of tension between Prime Minister Imran Khan and the military, was a reminder of the unstable dynamics inside the Pakistani state. Following the appointment of the new ISI chief, Pakistan witnessed violent protests by the extremist Tehreek-e-Labbaik (TLP), which forced the government to release hundreds of its activists and its jailed leader, Saad Hussain. It has been reported that the establishment has been behind the TLP’s move to harass the government. The role of the Supreme Court, in this backdrop, becomes important.

The Supreme Court had famously clashed with the former dictator, General Pervez Musharraf, which led to the return of democracy in Pakistan. In 2007, Gen. Musharraf had asked Chief Justice Iftikhar Mohammad Chaudhry to resign from the post but the Justice defied the order, triggering a mass movement against Gen. Musharraf’s rule. The resultant election of 2008 saw the overthrow of the Musharraf regime. The democratic movement was spearheaded by the lawyers of the Supreme Court.

With growing economic turmoil in Pakistan, which has recently prompted some diplomats to express displeasure against their government through “hijacked social media handles”, shows there is great deal of systemic tension building up inside the state organs. While Justice Malik is expected to deliver fairness in gender-related issues, her verdicts in cases involving the establishment will be her real test.