HomesportIndia win toss, opt to bat in 2nd Test against SA, Kohli to miss contest due to back spasm
sport

India win toss, opt to bat in 2nd Test against SA, Kohli to miss contest due to back spasm 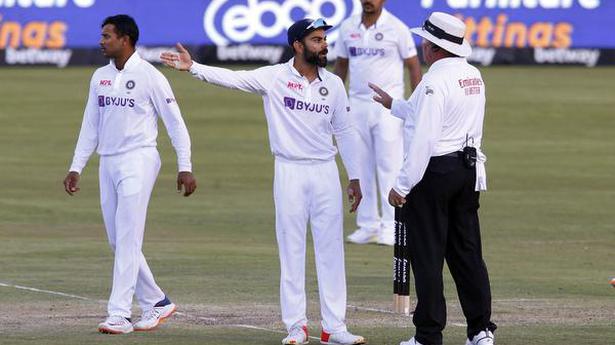 
Stand-in India captain K.L. Rahul won the toss and elected to bat in the second Test against South Africa, here on January 3.

Rahul is leading the side in the absence of regular skipper Virat Kohli, who has been forced out of the Test due to upper back spasm. Rahul said at the toss that the skipper is expected to be available for the series-finale from January 11.

“Virat is having an upper back spasm. The physios are working on him and hopefully he will recover in time for the next Test,” he said.

Kohli, who has been battling a prolonged lean patch with the willow, will thus not be able to complete his landmark 100th Test in the series’ third and final match at Cape Town. He will also skip the ODI series against the Proteas starting January 19.

South Africa made two changes from the playing XI that loss in the first Test with Kyle Verreynne coming in for recently-retired Quinton de Kock and Duanne Olivier replacing Wiaan Mulder.

India are leading the three-match series 1-0.