HomeLifestyleMuseums, monuments and memorials: a history tour of Chennai in 48 hours
Lifestyle

Museums, monuments and memorials: a history tour of Chennai in 48 hours 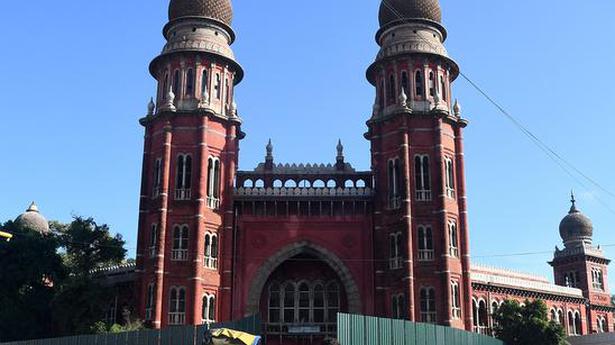 Pandemic travel can be challenging; so take a staycation instead, and explore the city of Chennai which wears many badges on its sleeve: seat of culture, hub of medicine — the first city of modern India

Chennai has enough nooks and crannies that spin their own tales even for the native. Here are monuments, museums and memorials to explore.

9am: Leave at the crack of dawn for the Dutch Fort, Sadras, near Kalpakkam. In the surreal monsoon light, the fort looks like a fading snapshot of colonial India. A gate with spikes, guarded by cannon stands at the entrance of this ASI monument with carved tombstones of Dutch sailors buried between 1620 and 1769. Skulls and crossbones, ships with billowing sails, and a man of war are etched into the stone.

A warren of tunnels with clean sand, and dining and dancing halls leads to the moss-lined steps — you glimpse the Bay of Bengal from where the British bombed this fort and captured it in 1854.

11.30 am: Back in Chennai, make a detour to Taramani, a hub of education with institutes such as the Roja Muthiah Research Library. This is a treasure house of material on the humanities and social sciences, compiled over 200 years. The private collection of Roja Muthiah, once a signboard artist who fell in love with old books, the library has some of the finest Tamil books, the oldest published in 1804.

Noon: Stop at Santhome Basilica, a Gothic church with stunning stained-glass panels, one of three churches in the world built over the tomb of an apostle of Christ, and gawk at Santhome’s old garden houses from the Portuguese era, genteel but fraying at the edges. Down the road is the Kapaleeswarar temple, lording over streets filled with the aura of jasmine and filter coffee. 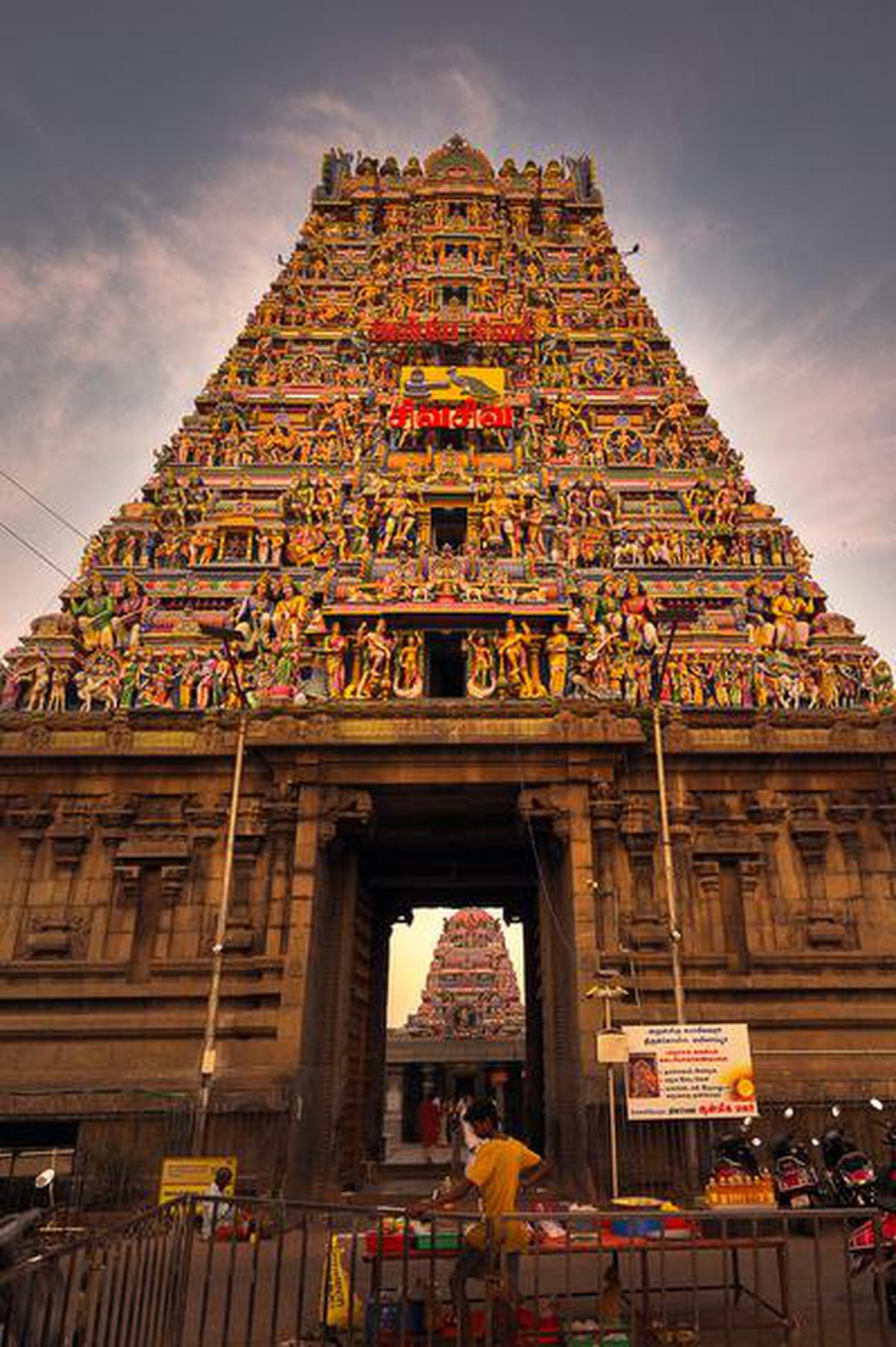 12.30 pm: Drive past the Classical-style DGP’s office, University Senate and War Memorial to arrive at Fort St George. This is where modern India was founded when the Fort was completed in 1644 and from where the Union Jack unfurled across Asia. City historian Sriram V suggests you spend two hours to explore 24 significant points in the fort. St Mary’s, the oldest Anglican church East of the Suez with its grand pipe organ plays host to the Armistice service every second Sunday of November to honour World War veterans.

I travel faster than HG Wells’ time machine at Fort Museum, treading its wooden-floored galleries that stock memorabilia from the Raj and newly-independent India. Built in 1795 the Fort Museum once housed the Madras Bank and is disabled-friendly, its louvered windows open to coins, portraits and offbeat stories such as Captain Philip Anstruther’s cage in which he was held captive with his knees hammered. Also, wander through King’s Barracks, Clive’s house and the Duke of Wellington’s house.

2.30 pm: The Madras High Court complex was completed by Henry Irwin in 1892. The Indo-Saracenic structure is home to two of the city’s early lighthouses, one a Doric column of Pallavaram granite, the other atop the main building visible 32 miles out at sea. The turrets, hang high above the city’s smog and were what many first saw of Madras when they came in by masula boats. It also survived two World Wars.

A gallery lined with Minton tiles and portraits leads to a court-room where the accused made their appearance through a trap door set in the floor. Other intriguing cases and prized law documents are at the High Court Museum.

3.30 pm: Wander past Armenian Church, into Mannadi, chock-a-block with migrants for nearly 200 years. The air is thick with Telugu, Marwari and Gujarati. Drive to Royapuram, once the haunt of Anglo-Indians, remembered now only in the names scratched out on the worn-out flagstones of Bishop Corrie’s school.

Further, The Communicable Diseases Hospital stands on the site of emigration depots that were holding spaces for indentured labour who set sail to places as far afield as Fiji to fund the Raj. The steps to Maadi Poonga are shaded by bougainvillea. Here lies the northern boundary wall built in 1772 of the once walled city of Madras. 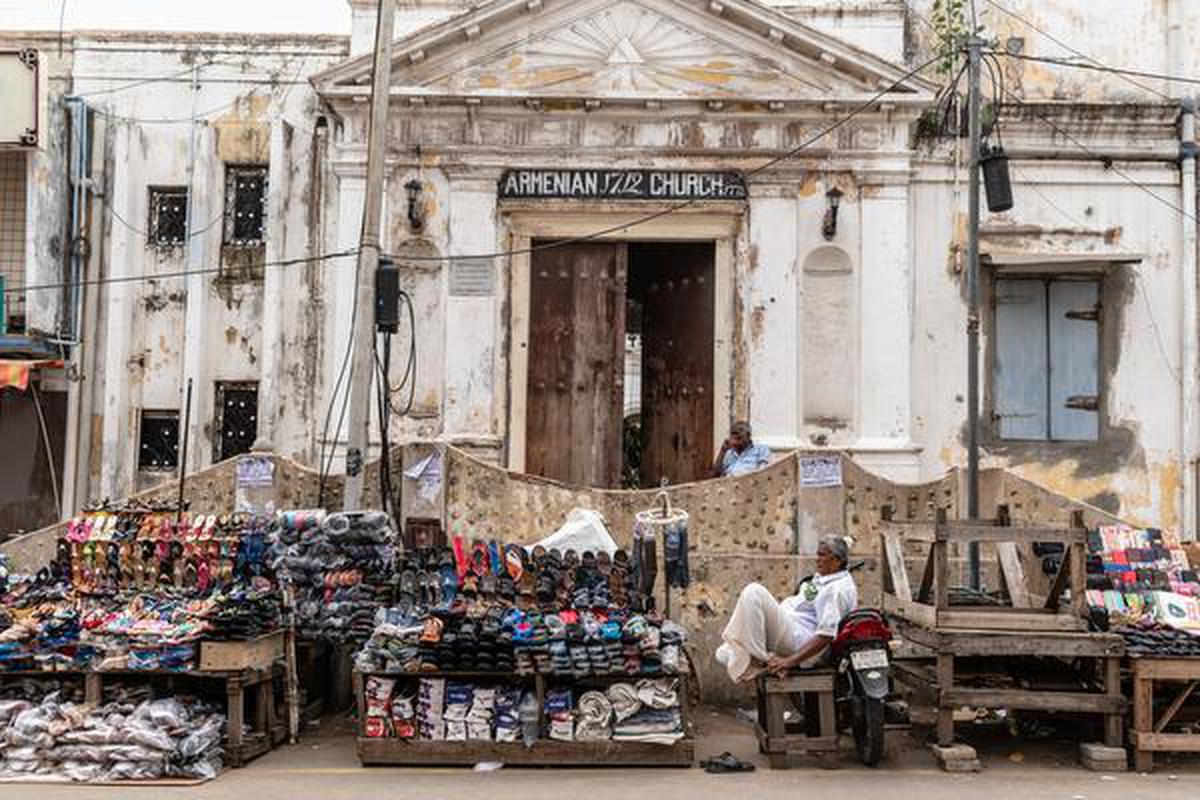 A penny farthing used by a beat constable stands alongside a bullet-proof SUV. Inside, country bombs, pistols and modern weaponry feature alongside stories of sensational crimes.

Further down the road, the red-brick colonnaded Government Museum, Chennai has the largest collection of Roman antiquities outside of Europe. Sujatha Shankar, convenor, INTACH, Chennai chapter, recommends seeing the Bronze Gallery and the Amaravathi sculptures. It was also here that the idea for the city’s first zoo was thought of by Orientalist Edward Balfour.

2 pm: It is full steam ahead to the Rail Museum, its parks filled with engines and carriages of iconic trains such as the Darjeeling Himalayan Railway. One of the museum’s charming staff swings the buggy closer for me to take a look at its Caledonian blue structure. The engine of the Himalayan Darjeeling Railway, painted a Caledonian blue, at the Chennai Rail Museum

The galleries are filled with miniatures that take you back to the hiss of hot steam and the sharp toot of the brass whistle when the train snakes around a bend. Photographs capture the Railways long journey since the first train ran from Bombay to Thane in 1853. There are also pictures of the Swiss engineers who lent the Integral Coach Factory the first technology, and luminaries such as Leonid Brezhnev and Queen Elizabeth II who have visited the ICF. Don’t miss the old world charm of cutlery from that Indian classic — the Railway Waiting Room.

4 pm: At the Madras War Cemetery where headstones commemorate men and women who died in both World Wars pause at the austere Stone of Remembrance with the words ‘Their Name Liveth For Evermore’, chosen by Rudyard Kipling to venerate the dead of the Empire.

Then, as the long drawn-out twilight of the East falls on the city, drive up St Thomas Mount. On one side is the church, on the other, a birds-eye view of Chennai caught in a sweep of dusk. 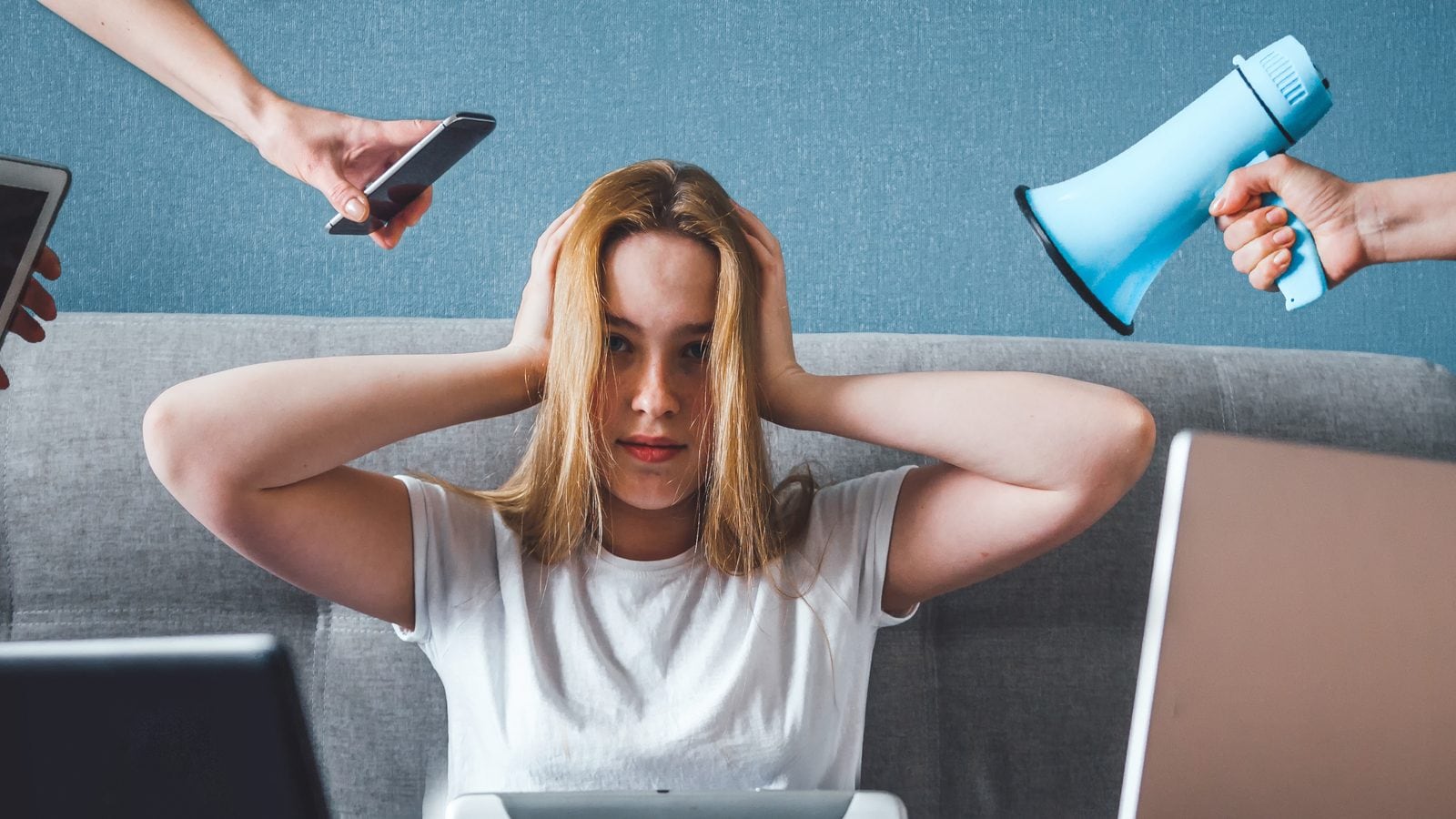