Umesh Shukla’s ‘Aankh Micholi’ to release in May 2022 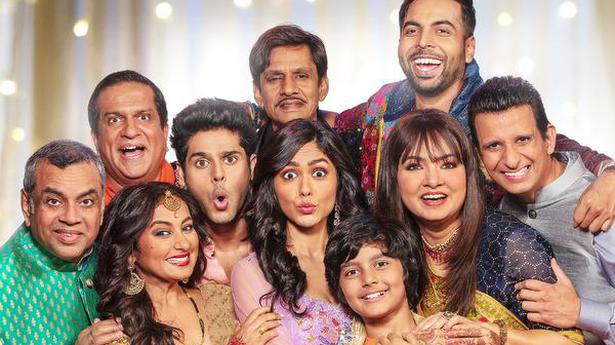 Filmmaker Umesh Shukla’s next directorial venture Aankh Micholi will have a theatrical release on May 13 next year, the makers announced on Monday.

The music of Aankh Micholi is composed by Sachin-Jigar, and is produced by Sony Pictures Films India, Shukla and Ashish Wagh’s Merry Go Round Studios.

Shukla has previously directed critical and commercial success Oh My God and Amitabh Bachchan and Rishi Kapoor-starrer 102 Not Out. Meanhwhile, Abhimanyu has recently starred in Netflix India original Meenakshi Sundareshwar, and Mrunal Thakur has starred in Netflix India original Dhamaka alongside Karthik Aryan, and is set to star in the Hindi remake of Telugu sports-drama Jersey.