HomeentertainmentVarun Dhawan Poses Graciously With the Indian Women’s Football Team as They Bump Into Each Other, See Pic
entertainment

Varun Dhawan Poses Graciously With the Indian Women’s Football Team as They Bump Into Each Other, See Pic 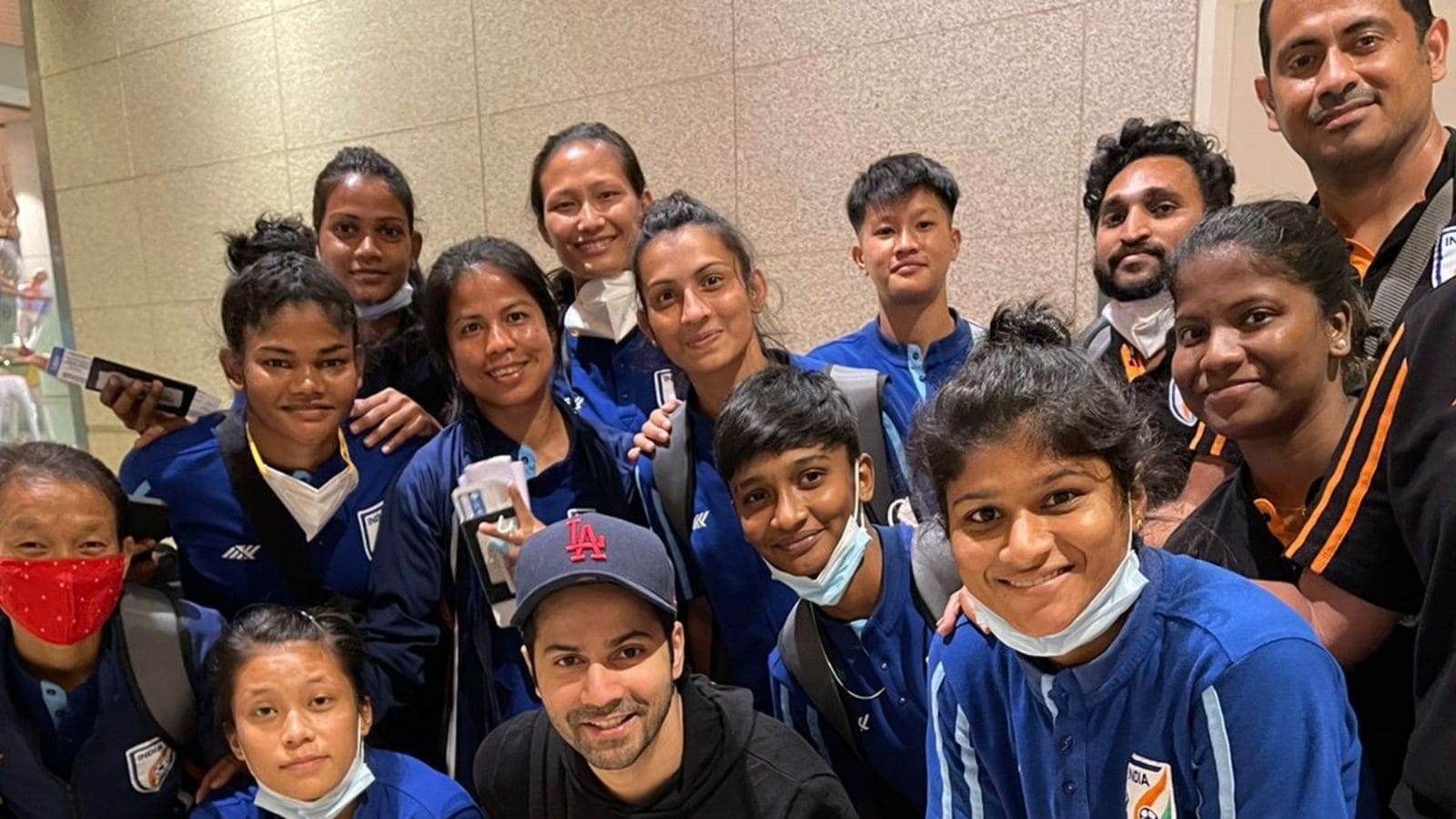 
Bollywood actor Varun Dhawan made sure to pose graciously with the Indian Women’s Football team as they bumped into each other at the airport. The team which were on their way to Brazil to play in a 4-nation International tournament came across the actor at the airport and the women in blue posed for a picture with the star. In the photo, Varun can be seen dressed in a casual black tee and beige pants. He wore a navy blue cap to complete his looks. Everyone was in all smiles for the adorable photo.

Take a look at it.

The team left on Saturday, November 20, to play in a 4-nation International tournament in Manaus, Brazil. India will lock horns with Brazil, Chile, and Venezuela in their three matches, all of which are part of their preparation for the forthcoming AFC Women’s Asian Cup India 2022.

This is the first time that any senior Indian Football Team will play against Brazil, and the excitement within the camp is running high.

Meanwhile, on Saturday, Varun Dhawan also announced the release date of his upcoming family drama Jug Jugg Jeeyo. Co-starring Kiara Advani, Anil Kapoor and Neetu Kapoor, the film will be hitting the theatres on 24 June 2022. He took to Instagram to share the news along with a small clip. He captioned the post as, “Family is everything ❤

Issilye #JugJugJeeyo! Coming to take over the cinemas near you on 24th June, 2022.”

Varun Dhawan will next be seen in Bhediya with Kriti Sanon. Kiara Advani on the other hand Bhool Bhulaiaya 2 and an upcoming political drama, co-starring Ram Charan. Anil Kapoor has been roped in Karan Johar’s magnum opus, Takht.