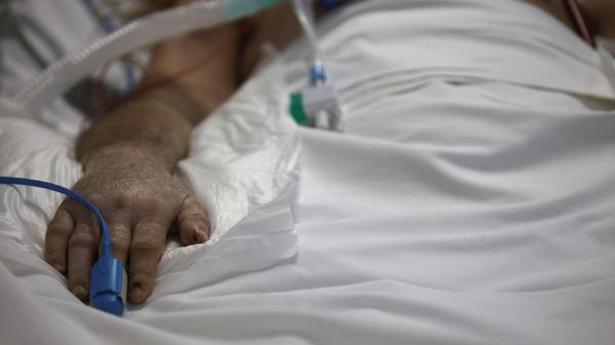 The British government is investigating whether built-in racial bias in some medical devices led to Black and Asian people getting sick and dying disproportionately from COVID-19.

Health Secretary Sajid Javid said on Sunday that the pandemic had highlighted health disparities along race and gender lines. He said that a third of intensive care admissions in Britain at the height of the pandemic were people from Black and ethnic minority backgrounds, more than double their share of the population.

Britain’s statistics office has found that in the first year of the pandemic, up to March 2021, Black and South Asian people in the U.K. had higher death rates than their white compatriots, even after factors like occupation and underlying health conditions were taken into account.

Mr. Javid said one issue was research showing that pulse oximeters, which measure blood oxygen levels through the skin, work less well on darker skin. He called it a “systemic” worldwide issue.

“Now, I’m not saying this was deliberate by anyone, I think it’s just, it’s a systemic issue potentially, with medical devices and it may go even further than that with medical textbooks, for example,” Mr. Javid told Sky News.

Writing in the Sunday Times, he said “the possibility that a bias — even an inadvertent one — could lead to a poorer health outcome is totally unacceptable.”

He said he hoped to work with his U.S. counterpart, Health and Human Services Secretary Xavier Becerra, and officials in other countries, to eliminate bias in the health system.

He said a U.K. review, which will also look at gender bias, will report its findings by the end of January.

Britain has recorded more than 1,43,000 coronavirus deaths, the highest total in Europe after Russia.

Europe is currently the only part of the world where COVID-19 cases are rising, and many countries in the region are reintroducing restrictions to fight the surge.

Britain had the higher infection rates than its neighbors for several months, and some scientists say that puts the country in a better position now.

Britain is also now rolling out booster vaccine doses to everyone aged 40 years and above.