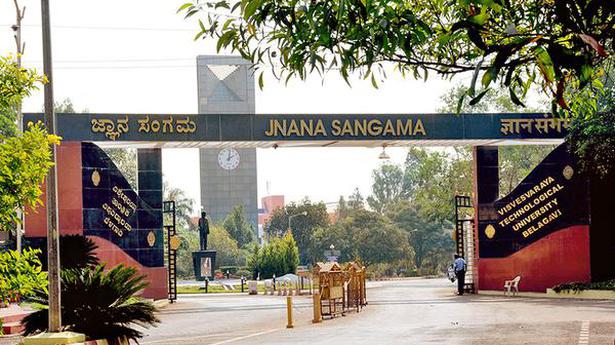 17 students have applied in mock round for 30 govt. quota seats in two colleges

When a handful of engineering colleges in the State decided to offer undergraduate courses where Kannada was the medium of instruction, faculty members and heads of departments were expecting a tepid response, at best. After all, such an initiative had never been undertaken before. But much to their surprise, and joy, they were wrong. Many students have applied for Kannada medium engineering courses in the mock counselling session for this academic year.

Visvesvaraya Technological University (VTU) said that as per data provided by Karnataka Examinations Authority (KEA), 17 students so far have applied for the 30 government quota seats in two colleges in the civil engineering stream in the mock round. That’s more than half of the available seats. VTU is expecting good demand in the counselling session that will be held later this month. However, one college offering mechanical engineering in Kannada has no takers.

So far three colleges have decided to offer courses in Kannada for the 2021-22 academic year. “While VTU had initially stated that five colleges would offer Kannada-medium courses from the next (2022-23) academic year, several institutions were keen on launching it this year itself,” said a varsity official.

This is for the first time this year that engineering colleges in the State will offer programmes in the Kannada medium in line with the National Education Policy. While a total of 45 seats are up for grabs under the government quota, another 45 seats are available under other quotas.

Karisiddappa, Vice Chancellor of VTU said that such programmes will immensely help students who have studied in Kannada-medium at the pre-university level. “Many such students will do well in these courses as they have high subject aptitude but used to fare poorly only because they could not understand the language,” he said.

Textbooks and study material are being translated into Kannada. “The university has also found experts who are coming forward to write books in Kannada,” he added.

Nagshetteppa Biradar, principal of BKIT, Bhalki said even if five out of their 30 seats were filled, they would start the course. “This year, we got the approval late. But we are keen on starting the course in Kannada for civil engineering and want to prove that one can be proficient in engineering by learning in the mother tongue,” he said.