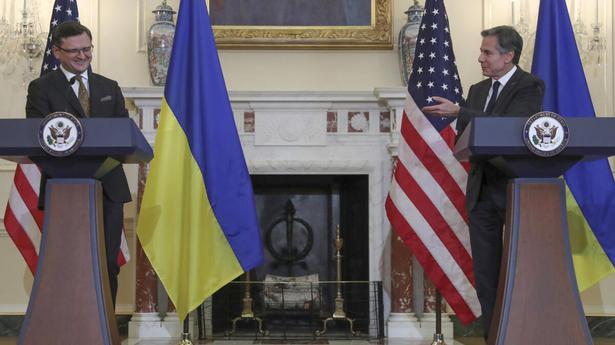 Some Republican lawmakers have been pressing the U.S. to step up military support for Ukraine. But that risks turning what may be mere muscle-flexing by Russian President Vladimir Putin into a full-blown confrontation that only adds to the peril for Ukraine and could trigger an energy crisis in Europe.

But a weak U.S. response carries its own risks. It could embolden Mr. Putin to take more aggressive steps against Ukraine as fears grow he could try to seize more of its territory. And it could cause more political damage for President Joe Biden at a time his popularity is dropping.

Knowing how to strike the right balance would be easier if the U.S. had a better understanding of what Mr. Putin was trying to accomplish. But top officials admit they don’t know.

“We’re not sure exactly what Mr. Putin is up to,” Defense Secretary Lloyd Austin said on Wednesday. A week earlier, Secretary of State Antony Blinken said, “We don’t have clarity into Moscow’s intentions, but we do know its playbook.”

Rep. Mike Quigley, an Illinois Democrat and member of the House Intelligence Committee, said better understanding Mr. Putin’s intentions was critical “to avoid the mistakes that have started great wars”. Any U.S. response must be calibrated to avoid being “an appeaser or a provocateur”, he said.

“This is a tough, tough area to try to gain information,” he said. “It’s a challenge that’s as tough or tougher than it’s ever been. It has a pretty serious impact on our ability to make the correct decisions.”

Russia seized Ukraine’s Crimean Peninsula in 2014 and an ongoing conflict in eastern Ukraine between Kyiv and Russian-backed rebels in the region known as Donbas has left an estimated 14,000 dead. Now, Ukraine says an estimated 90,000 Russian troops have massed near the border. The build-up could be a prelude to another Russian invasion. Speaking to Ukraine’s Foreign Minister this month, Mr. Blinken said Mr. Putin’s “playbook” was for Russia to build up forces near the border and then invade, “claiming falsely that it was provoked”.

Though U.S. officials don’t believe an invasion is imminent, Mr. Putin has ramped up his dismissal of an independent Ukraine. An essay the Kremlin published in July said Ukrainians and Russians are “one people” and the “true sovereignty of Ukraine is possible only in partnership with Russia.”