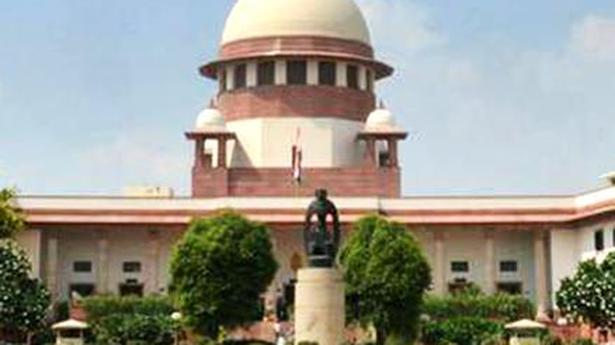 
The Supreme Court on Thursday permitted the Centre to go ahead with the proposed sale of its 29.54% residual shareholding in Hindustan Zinc Limited (HZL) in the open market.

“The Union Government, in the present case, is exercising its rights as a shareholder and has taken a decision to disinvest its residual shareholding of 29.54% in HZL,” a Bench of Justices D.Y. Chandrachud and B.V. Nagarathna held in a 62-page judgment.

The government estimates the value of 29.54% residual shareholding to be about ₹40,000 crore. It said the “considered decision” to offload it in the open market was aimed to “strengthen revenues for public purposes”. Besides, Justice Chandrachud, who authored the Bench, said HZL was no longer a government company.

“Since the disinvestment of 70.5% shares in the first instance is not under challenge, HZL has ceased to be a government company governed by the Nationalisation Act 1976. Effective management and control stand transferred to Sterlite Operations and Ventures Limited. The transfer of 29.54% of the residual equity shareholding by the Union Government of a company in which it has no surviving control would only raise finances for the government and does not impact management or control,” the court noted. However, the court directed a CBI probe into the disinvestment of HZL shareholdings in 2002 by which it had ceased to be a government company. The court listed several reasons for suspecting foul play in 2002. These include irregularities in the decision to disinvest 26% instead of 25%.

“The Disinvestment Commission in its sixth report of December 1997 had categorised HZL as a non-core PSU and had recommended its disinvestment, but not beyond 25% of the equity, in order to retain control. The government’s share at the time was 75.92%,” Justice Chandrachud observed.

Other reasons requiring registration of a regular case by the CBI range from irregularities in the bidding process and in the valuation of 26% equity for disinvestment.

“There is sufficient material for registration of a regular case in relation to the 26% disinvestment of HZL by the Union Government in 2002,” the court concluded.

The CBI has been directed to submit quarterly status reports of its investigation in the Supreme Court.