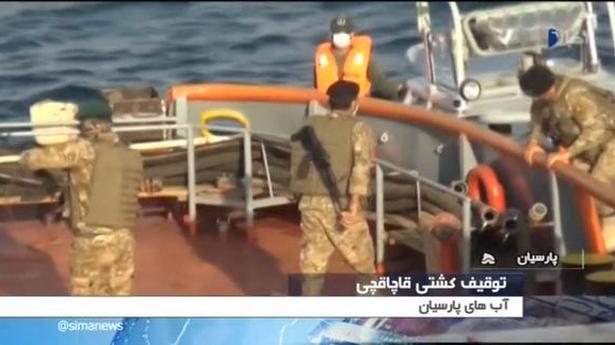 The incident comes in the wake of a series of attacks on commercial vessels in the sea lanes serving the Gulf.

Iran’s Revolutionary Guards said Saturday they had seized a boat smuggling diesel in the Gulf and arrested its 11 foreign crew members.

“Thanks to our intelligence services and in a coordinated operation, our navy seized a foreign vessel with 11 crew members in our territorial waters,” said Guards’ Colonel Ahmad Hajian, according to state television’s Iribnews website.

Mr. Hajian did not specify either the date of the seizure, the nationality of the boat or its crew, or further details about the vessel and its origin.

“After the inspection, more than 150,000 litres of contraband diesel were seized and the 11 foreign crew members were brought before a court,” he added.

The incident comes in the wake of a series of attacks on commercial vessels in the sea lanes serving the Gulf, where a large portion of the world’s oil is produced and shipped.

On November 10, the Islamic Revolutionary Guard Corps announced the release of the Vietnamese-flagged MV Sothys tanker which they had seized in October in the Sea of Oman.

The latest incident comes as the Islamic republic is preparing to resume talks with major powers aimed at ending a standoff over its nuclear deal.