A tourney that gives raw talent a chance 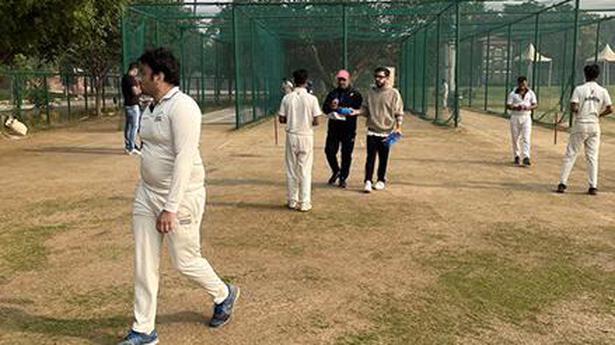 
When 19-year-old Mohammed Wasim turned up at the ongoing trials for the East Delhi Premier League, which is set to begin on November 30, he was one among many anxious contenders waiting for a chance to show their talent. But he took the selectors by surprise when he bowled at a speed of close to 140 km per hour wearing a pair of slippers.

Wasim, an aspiring cricketer from east Delhi, has divided his time between working as a paperboy and practice session.

“I lost my parents at an early age, so I did some odd jobs to help my family. My brother works too, but still our financial situation is not good. Getting selected for the tournament would boost my cricketing career. Officials have also helped me out with cricket kits and shoes for my practice,” said Wasim, who is inspired by the likes of Indian pacer Jasprit Bumrah.

Conducted by East Delhi MP Gautam Gambhir, the Premier League, which will be held at Yamuna Sports Complex, will have 10 teams named after the 10 constituencies. The winning team will receive ₹30 lakh while the runner-up will get ₹20 lakh.

Residents of east Delhi — in the 17-36 age group — can participate in the ongoing trials, which have former Ranji trophy players as selectors.

Among the other raw talents is Shubam, 17, who wants to be an all-rounder. Unable to attend school due to lack of financial resources, Shubham assists his father who runs a laundry shop.

“After helping my father for nearly four hours, I spend the remaining time on practice. If I get selected for the league, I will be able to take my career forward in terms of exposure, game time and financial aid. I really hope to emulate players like Hardik Pandya and Ravindra Jadeja someday,” he said.

Mr. Gambhir, who unveiled the trophy and kits for the league on Thursday, said the objective is to give a chance to those who are not able to showcase their talent due to lack of facilities and resources.

“I had promised to bring modern sports infrastructure to East Delhi during my campaign and I am proud that we have been able to deliver. Trials are being held for every player who has registered for the tournament. Your background or what gear you have does not matter, what really matters is your talent. This is the league of the masses,” the MP said.