University of California, Davis adds caste to its anti-discrimination policy 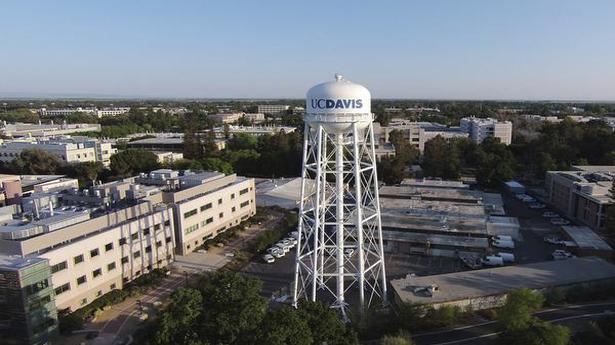 The Northern California university may be the first public institution to address caste discrimination.

The University of California, Davis, has added caste to its anti-discrimination policy after students said they have seen discrimination take place at the university.

Under UC Davis’ policy, which was amended in September, students or staff who face discrimination or harassment for their perceived castes can now file complaints that could result in formal investigations, the San Francisco Chronicle reported Wednesday.

The Northern California university may be the first public institution to address caste discrimination, which was largely imported from South Asia.

“The significance of adding caste … is it ensures that the communities most impacted and most vulnerable to this type of discrimination or harassment know that the university recognizes the harm caused,” Danésha Nichols, director of UC Davis’ Harassment & Discrimination Assistance and Prevention Program, told the newspaper.

Students started pushing for the change after receiving insulting memes in their group chats and overhearing South Asian students ask each other what caste they belonged to before picking roommates, the newspaper reported.

Estimated to be thousands of years old, caste is rooted in India’s Hindu scripture. It long placed Dalits at the bottom of a social hierarchy, once terming them “untouchables.” Inequities and violence against Dalits have persisted even though India banned caste discrimination in 1950.

“Caste is really about labor segmentation and sustained inequality through the years — millenniums, really,” Anjali Arondekar, a professor and co-director of the Center for South Asian Studies at University of California, Santa Cruz told the newspaper.

India’s caste system, which assigns people their social statuses at birth, places Dalits, once called “untouchables,” at the bottom of its social hierarchy that can determine where they live, what schools they can attend, what jobs they can get and where they marry.

The engineer worked on a team at Cisco’s San Jose headquarters with Indians who all immigrated to the U.S. as adults, and all of whom were of upper caste, according to the lawsuit filed by the California Department of Fair Employment and Housing.

The “higher caste supervisors and co-workers imported the discriminatory system’s practices into their team and Cisco’s workplace,” the lawsuit said, and that the company did not “substantiate any caste-based or related discrimination or retaliation.”

Cisco Systems Inc., a major supplier of computer networking gear that makes the internet work, has said it would defend against the allegations in the complaint.

Prem Pariyar, a 37-year-old graduate student at California State University, East Bay, said his family would be physically assaulted because of their lower caste in his home country of Nepal. He said the last thing he expected was to face casteism when he moved to the U.S. in 2015.

But he faced it when interacting with other South Asians in the Bay Area — at his restaurant job, at the university, at community events and at dinner parties.

“Some will ask me my last name under the pretense of getting to know me, but are really trying to find out about my caste. Others have served me meals in separate plates and utensils after they find out I’m Dalit,” Mr. Pariyar said.

He started organizing with other CSU students around the issue and their efforts led the Cal State Student Association, which represents all 23 CSU campuses, to recognize caste as a protected category this year. But the CSU school system itself has not made any changes to its discrimination policy. Mr. Pariyar was also part of the UC Davis campaign.

UC Davis’ policy change feels like a big step for those trying to get caste discrimination recognized across the U.S.