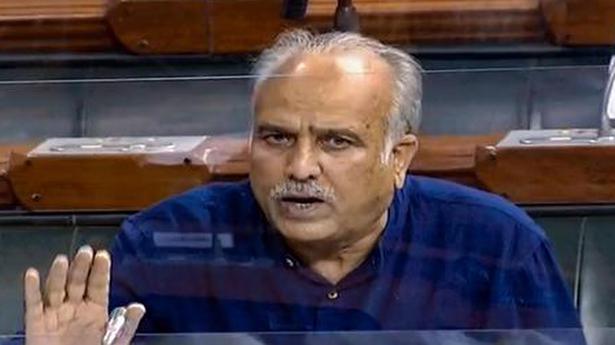 Ms. Mufti termed the decision to repeal farm laws and an apology “a welcome step”.

She tweeted, “Even though it stems from electoral compulsions and fear of drubbing in elections. Ironical that while BJP needs to please people in rest of India for votes, punishing and humiliating Kashmiris satisfies their major vote bank. Desecrating Indian constitution to dismember and disempower J&K was done only to please their voters. I hope they course correct here too and reverse the illegal changes made in J&K since August 2019.”

Mr. Masoodi asked the Prime Minister to undertake a similar introspection in case of the 2019 decisions, whereby J&K was “unilaterally, unconstitutionally and unethically denuded of its special status, dismembered and downgraded to Union Territory”. He termed the Prime Minister’s move on farm laws “a clear shift from politics of arrogance to one of introspection and reappraisal”.

He said, “It also depicts a realisation on the part of the Prime Minister and the Central government that before pushing through on the strength of majority legislation on important issues, the proposed legislation, in tune with the well-established democratic practices, should be placed in public domain for wider discussion and deliberations at pre-legislation stage.”

The former judge-turned-parliamentarian further stated, “The fresh decision teaches us that there is nothing like ‘hands of a clock cannot be moved back’. The August 5, 2019 decisions, like farm laws, have resulted in death and destruction, uncertainty, and large-scale discontent. The decisions, as admitted by the Prime Minister, have widened the gulf between people of Jammu, Kashmir, Ladakh and the rest of the country. It also has caused a huge drain on precious and scarce resources of the country that rightfully belong to the millions of underprivileged and disempowered countrymen.”