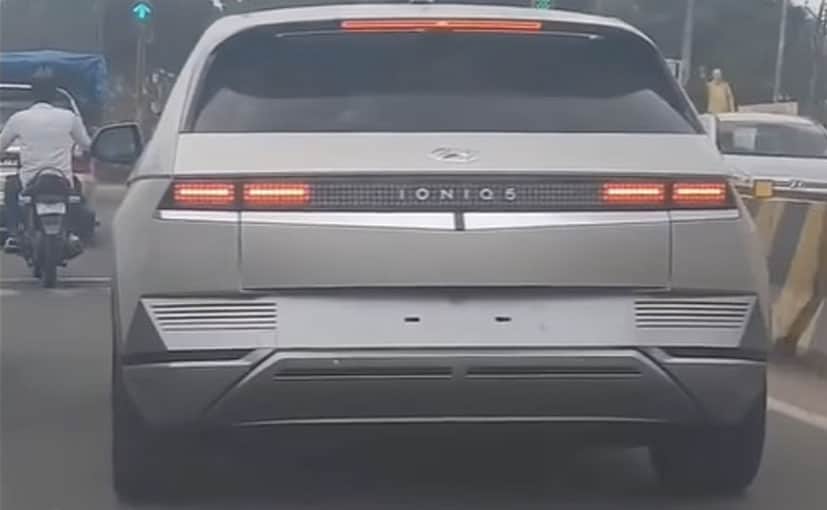 Hyundai Motor India has been one of the few mainstream car manufacturers in India that are selling fully electric vehicles in the country. While the company’s Kona Electric SUV is performing quite well, the Korean carmaker does plan to bring in more EVs to our shore, and the next one could possibly be the Hyundai IONIQ 5. A test mule of the electric SUV was spotted testing in India recently, more specifically in Chennai, Tamil Nadu. There’s no clarity on if or when the electric SUV will be launched in India, but the SUV undergoing testing in India is certainly a positive sign.

Now, the Hyundai IONIQ 5 made its global debut earlier this year in February 2021, and as you can see in these spy photos, the electric SUV comes with a very futuristic design. The sharp line and the hidden LED taillight give the rear a bold look. While the front section of the SUV is not visible in these photos, we must tell you that the SUV is equipped with Hyundai’s first clamshell hood that minimizes panel gaps for optimal aerodynamics. The front bumper is defined by an eye-catching V-shape incorporating distinctive daytime running lights (DRLs). On the sides, the electric SUV comes with auto flush-fitting door handles, and the diagonal character line on the doors help form a ‘Z’ pattern. Aero-optimized wheels further echo the Parametric Pixel design theme and are offered in a super-sized 20-inch diameter, the largest rims ever fitted to a Hyundai EV. 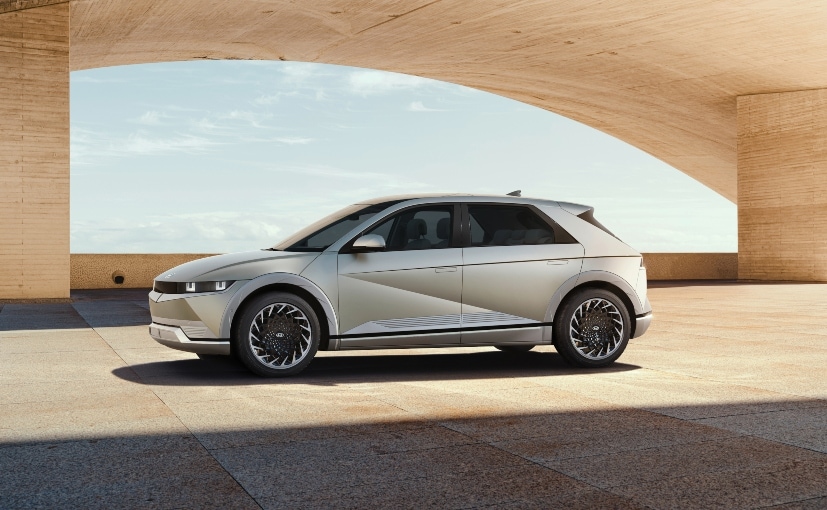 As for the cabin, Hyundai has gone for a ‘Living Space’ theme, which includes features like the Universal Island, a moveable centre console that can slide back as much as 140 mm. The electric car is also equipped with electronically adjustable front seats. The seats recline to the optimum angle, offering a weightless feeling for the occupant. Hyundai reduced the thickness of the front seats by 30 per cent, providing more space for those seated in the second row. The interior trims are also eco-friendly, sustainably sourced materials, such as recycled PET bottles, plant-based (bio PET) yarns and natural wool yarns, eco-processed leather with plant-based extracts, and bio paint with plant extracts. 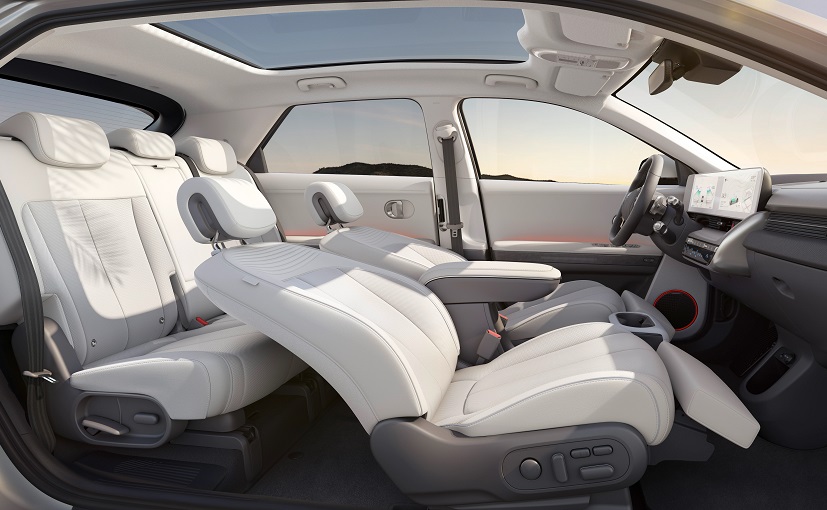 Hyundai has gone for a ‘Living Space’ theme for the IONIQ 5, which gets a moveable centre console, and seats recline to the optimum angle, offering a weightless feeling for the occupant

The IONIQ 5 is built upon Hyundai Motor Group’s dedicated BEV architecture called Electric-Global Modular Platform (E-GMP). The SUV comes with two battery pack options, either 58 kWh or 72.6 kWh, and two electric motor layouts, either with a rear motor only or with both front and rear motors. The former also comes paired with an electric all-wheel drive (AWD) system and can produce a combined power output of 225kW (301 bhp) and 605 Nm of torque. The SUV comes with a top driving range of up to 481 km and a top speed of 185 kmph. 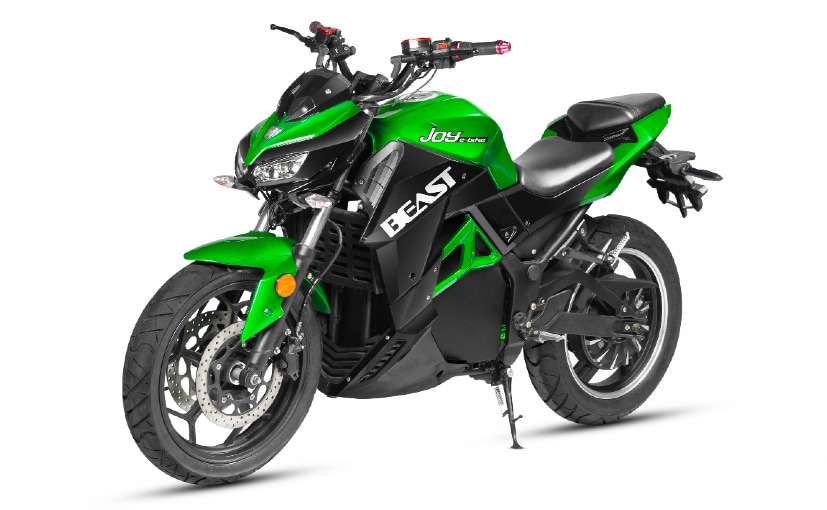