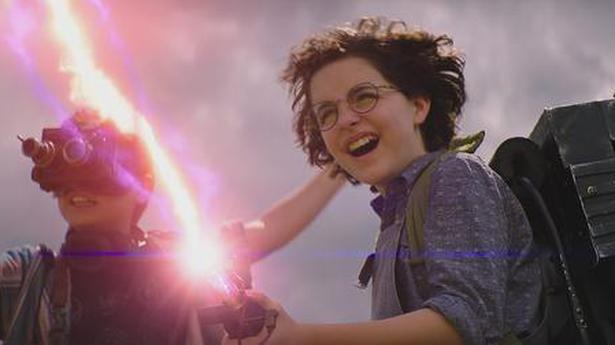 This 2021 revival of the ‘Ghostbusters’ franchise that stars Paul Rudd and Finn Wolfhard, has a charming ‘Stranger Things’ vibe

When her estranged father passes away of a heart attack, broke and homeless Callie hopes he has left her something. When she comes to Oklahoma where her father had been living like a recluse, she realises her father was viewed as the town eccentric and all he has left her is a rambling old house.

Furious at having to leave his friends and move to a deadbeat town, Trevor changes his mind when he sees his pretty classmate, Lucky (Celeste O’Connor). Social awkward and brilliant Phoebe also finds a friend in the equally nerdy Podcast (Logan Kim). Phoebe and Podcast’s teacher, Gary Grooberson, (Paul Rudd) while having strange ideas of age-appropriate movies — he encourages the children to watch Cujo and Child’s Play, has got his heart in the right place and also a soft spot for Callie.

Matters come to a head when Phoebe realises her grandfather was Dr Egon Spengler (Harold Ramis) one of the original ghostbusters with Dr Peter Venkman (Bill Murray), Dr Ray Stantz (Dan Aykroyd) and Dr Winston Zeddemore (Ernie Hudson). With all the ghostbusting tools including the Ecto 1, Phoebe and gang confront an ancient evil that is running riot on supermarket shelves animating murderous marshmallows among other things.

Maybe wringing every last drop of nostalgia out of everything, speaks of creative and moral bankruptcy. However, these are strange, gloomy days and that mug of hot chocolate while probably too sweet for health, does feel good going down.