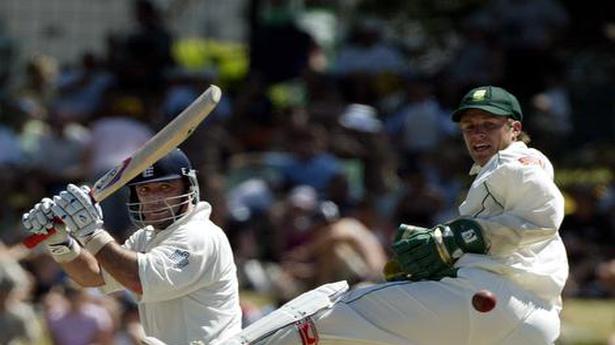 
Abraham Benjamin de Villiers debuted for South Africa in 2004 against England. Alongside him was another young debutant who also went on to make a significant contribution to South Africa and world cricket – Dale Steyn.
Photo: Reuters In 2008 at Ahmedabad, de Villiers tore the Indian bowling apart to score 217, his first double century in Test cricket. This was after India were bowled out for 76 in the morning session on day one.
Photo: DEEPAK KR He was the winner of LG ICC ‘ODI Player of the Year’ award in 2010
Photo: BHAGYA PRAKASH AB de Villiers achieved his highest Test score of 278* against Pakistan at Abu Dhabi in 2010. He batted for over 600 minutes. Overall, he scored 22 centuries in 114 Tests.
Photo: AP In one match, de Villiers shattered the world record for the fastest ODI fifty (16 balls) and the fastest ODI century (31 balls) against West Indies in Johannesburg. His 16 sixes equaled the record set by Rohit Sharma. De Villiers finished with 149 off just 44 balls.
Photo: GALLO IMAGES de Villiers captained South Africa in all three formats at different times in his career. His Test captaincy was limited to just three games. He led his team in 103 ODIs and 18 T20s.
Photo: GALLO IMAGES Perhaps his biggest disappointment as captain was not being able to lead South Africa to a world limited-overs title. In the 2015 World Cup, South Africa made it to the final four, but fell short in a nailbiting semifinal.
Photo: AP de Villiers was also a competent wicketkeeper and was South Africa’s preferred choice following Mark Boucher’s retirement. He took on a dual role till Quinton de Kock established himself in the Test squad.
Photo: AFP The 360 degree man – why was de Villiers one of the most sought after players in the world? He had all shots in the book, from the conventional, to the outrageous. Ramp shots, reverse sweeps, switch hits, Dilscoops – you name it. AB was a master at visualization and execution.
Photo: BHAGYA PRAKASH de Villiers built a massive fan following in India thanks to his 11-year stint with Royal Challangers Bangalore, where he showcased some of his best batting. He also forged a deadly partnership and strong bond with captain Virat Kohli. Much like his South Africa experience though, de Villiers never got to experience an IPL title win.
Photo: Sportzpics for BCCI de Villiers played his final international match in 2018, during the Test series against Australia. He played an important part in South Africa winning that series, scoring 126 at Port Elizabeth. He continued playing franchise cricket, having retired from international cricket later that year.
Photo: Reuters

The Hindu58 seconds ago

The Hindu58 seconds ago