Homesport‘They Would’ve Had to Strap Me to the Bed’: Wade Reveals Playing Final vs New Zealand with a Grade 2 Side Strain
sport

‘They Would’ve Had to Strap Me to the Bed’: Wade Reveals Playing Final vs New Zealand with a Grade 2 Side Strain


Matthew Wade played a remarkable innings in the T20 World Cup 2021 semi-finals that will be remembered for ages. Batting at No. 7, the Australia wicketkeeper-batsman smoked three back-to-back sixes that knocked out knocked Pakistan out of the tournament. He returned unbeaten on 41 off just 17 deliveries as the Aussies were through to the finals with a five-wicket win.

Days after Australia’s first-ever T20 World Cup triumph, Wade disclosed that he played the high-octane final against New Zealand on November 14 with a grade 2 side strain.

As reported by cricket.com.au, the 33-year-old picked up the injury at training a day before the final face off in Dubai. He was taken for the scans which revealed a grade two strain. Wade said that he was worried about getting ruled out that would have meant an international debut for Josh Inglis.

“I was a little bit worried the night before the game, for sure,” Wade said.

“If I had woken up and I couldn’t swing the bat, I wouldn’t have played. I was worried that if we’d batted first and I had to go as hard as I could and I tore it then, I wouldn’t be able to keep and that would hurt the team a lot.

ALSO READ | U-19 World Cup 2022: New Zealand Pull Out Due to ‘Quarantine Restrictions for Minors’

“But in my mind, they would have had to strap me to the bed. I was always going to go out there and play. But I wouldn’t have played if there was a chance it was going to hurt the team. I went and hit some balls before the game and bluffed my way through that. Then they made me hit a few more, but I got through it and it felt pretty fine,” he added.

The report further quoted all-rounder Glenn Maxwell explaining how Wade tried to hid his injury during the training session.

“The way he was gingerly hitting underarms (in the warm-ups) … I said ‘what’s going on here? Hit the ball harder!’,” Maxwell said. “And he said, ‘I’ve got a side strain’. I didn’t even know.”

ALSO READ | India vs New Zealand 2021: We Thought We Would Cruise Home Around 15th Over, Says Ravichandran Ashwin

Wade now has lost his spot in the upcoming Ashes Down Under owing to the injury and will focus on the next year’s T20 World Cup that will be held in Australia.

“That’ll be my next motivation – hopefully get to that World Cup, defend the title and then I can sail off into the sunset. I certainly won’t be playing (international cricket) beyond that point. That would be my goal from here,” Wade said. 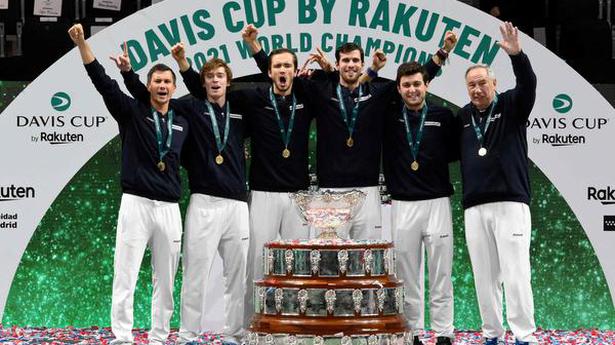 After eight games, Carlsen firmly in the driving seat