HomeNewsPlanetary crisis is a kind of bio-political war, akin to those of the past: Amitav Ghosh
News

Planetary crisis is a kind of bio-political war, akin to those of the past: Amitav Ghosh 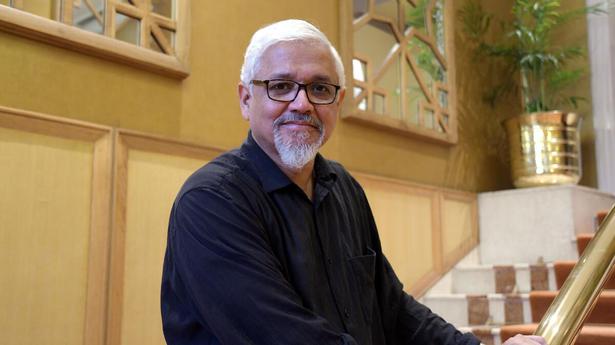 The earth is showing us that presentations of history, readings of history as a narrative of progress are actually completely wrong, says the writer.

Celebrated writer Amitav Ghosh says the “planetary crisis” is akin to the “bio-political wars of the past” and holds that “things are really not good” in the world today. Speaking of his new book The Nutmeg’s Curse, Mr. Ghosh said that violence directed at people, ultimately, becomes violence directed at the environment. Edited excerpts from an exclusive interview with Amit Baruah of The Hindu.

Amitav, you paint a rather bleak picture of a world hurtling towards greater environmental disasters, a near end of civilisation scenario, where extraction of resources and inequalities make a living planet a very, very tough proposition.

Well, things are not good. I try to be optimistic, and not be a predictor of doom and disaster. On the whole, even this book is in some ways more optimistic than not, but things are really not good. I heard the President of Palau, one of the Pacific islands’ nations, at COP 26 saying, ‘you might as well bomb us’, and I think that was a very, very sound statement, because, in fact this planetary crisis is a kind of war. But as I argue in my book, it is precisely a kind of bio-political war, akin to the bio-political wars of the past.

When you speak of the extraction of nutmeg from the Banda islands, and the Jallianwala Bagh-type massacre that followed, if I might call it that, committed by Dutch colonialists, you appear to be pointing to the continuity of resource extraction and consumption by dominant nations. That seems to be a process, which seems to be very much on.

The Dutch arrived there in 1621. They basically eliminated the entire population of the islands, killing several thousand and enslaving the rest in order to gain control of a resource, whereas atrocities like Jallianwala Bagh are a kind of police violence. In the Banda islands, the violence was completely aimed at a resource; the violence was committed in order to gain control of it. That’s the pattern we see more and more around the planet. It’s a crucial moment in a way, where this violence directed at people, ultimately, also becomes violence directed at the environment to create a process of extraction. And these processes of extraction are, in fact, incredibly violent. If you think of, let’s say, bauxite mining in the Niyamgiri region — bauxite mining is one of the most violent processes of extraction that there is. In order to make a small amount of aluminium, you basically just destroy an entire mountain and the entire ecosystem that exists there. It’s a horrifying thing.

You quote Immanuel Wallerstein as saying that 95% of all written history was that of five nations — Britain, France, the United States, Germany and Italy. Has this situation dramatically changed in the current period? Aren’t the dominant still dominating the writing of history?

That’s an interesting point. Again, there’s a very important nuance there. Yes, the dominant are still dominating the writing of history. If you go to major departments of history in the United States, for example, global history is just a very small part of any faculty of history here. These faculties are overwhelmingly dominated by people who are writing about the history of the United States or of Europe. But, you know, it’s precisely because the history of the United States is so closely documented, that it has made possible a completely alternative telling of these histories. So, here in the United States, for example, the 1619 project, really, absolutely revolutionised the ways in which people have conventionally understood this history. Similarly, there’s a book that I’m reading right now, by the anthropologist David Graeber, and an archaeologist, David Windrow. The book is called The Dawn of Everything. This is an amazing book, which completely rewrites the history of the Enlightenment. It shows that, in fact, everything that is presented as the gift of the Enlightenment, such as ideas of freedom, equality, and so on, actually, derives from the indigenous American critique of Western culture — that was what planted these ideas at the heart of what’s called Western civilisation.

I just find it incredibly thrilling that I am living and writing and reading at a time when really all conventional understandings of these histories are being overturned. And we are seeing a completely different reality. But it’s important not to forget that these rewritings, these revolutions in thought, are ultimately being made possible, not purely by intellectual movements, but really, ultimately, by the intervention of Earth itself. The Earth is showing us that these presentations of history, these readings of history as a narrative of progress are actually completely wrong. What we see in the world around us today is completely the opposite of what we have been taught.

But isn’t it true that the entire colonial experience in a sense has vanished and is not visible in the histories that are often written today.

Actually, that is not at all the case. As you know, I’ve been writing about opium for a long time, in my novels, ‘The Ibis Trilogy’. And I’m actually writing about opium again now in a non-fiction book. The British started growing opium on a large scale under the East India Company from the late 18th century onwards, in basically what is now Bihar and eastern U.P., the Poorvanchal region. It’s important to remember that this region was historically the richest, the most culturally fecund part of the Indian subcontinent. Every major early empire in India came out of the Poorvanchal region. This was, in fact, the most productive part of India. This was exactly where the British chose to create their opium industry with the idea of essentially sending opium to China and to Southeast Asia. There have been recent studies, which show that, in fact, the legacy of opium in this region is exactly that of a resource curse. The districts in which opium was grown under the East India Company, and later by the British Raj, to this day have much worse indicators than neighbouring districts where opium was not grown. In order to grow opium, the British created this incredible machinery of surveillance — large numbers of spies and informers to prevent opium smuggling or opium blackmarketeering. They introduced a level of violence and social distrust in this region, the effects of which linger to this day.

Do you feel that something might eventually come out of conferences such as COP26? Or is it just another large gathering that has been happening for a long time?

Yes, they have been happening for a long time, and they’ve delivered very little so far. The Paris Agreement was much celebrated. And it was agreed that the rich countries would create a fund to help vulnerable countries, a fund of $100 billion, not even a tenth of that was actually delivered. In relation to this particular meeting, in a sense, it failed even before it began. Because the Presidents of three of the world’s most important players in relation to environment — President Xi Jinping, Vladimir Putin, Jair Bolsonaro — none of them were there. These are the countries that actually hold the future in their hands. So, already there, you can see a sort of massive devaluation of the process.

Your fiction and non-fiction books have inspired so many people to read, write and engage. How useful has your academic training been in your writing?

My training was in anthropology. It’s been very useful in many ways but so has my training as a journalist. This book engages with history. My reading in history has been very important. But, ultimately, I think I would not be able to write this book if I were an academic. Although I’ve had that kind of training, I am not an academic. And I think that shows very much in my books.

Before I let you go, please tell us about your next book.

I’m trying to finish this short book on opium and the China trade, and how profoundly both of these changed India in the 19th and early 20th centuries, and how in effect, Indian modernity was shaped by these factors.