HomeNewsPakistan is ‘headache’ for entire world; has footprints of all terror attacks: Ram Madhav in U.S.
News

Pakistan is ‘headache’ for entire world; has footprints of all terror attacks: Ram Madhav in U.S. 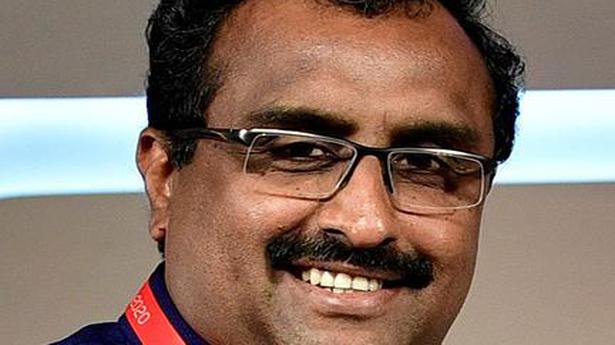 
Pakistan, which is a safe haven for terrorists, is a “headache” for the entire world as all major terror attacks across the globe have their footprints in that country, senior BJP leader Ram Madhav has said.

Mr. Madhav, in his keynote address at an event by Indian-Americans to observe “Global Anti-Terror Day” in Washington, said that the world community needs to tackle the hub of global terror.

“Remember Pakistan is not only a headache for India. It’s a headache for the entire world. You cannot be treating (Pakistan) with kid gloves,” he told a gathering of Indian-Americans.

All major terrorist incidents of the world have their footprints in Pakistan, Mr. Madhav, also a member of the RSS national executive, said.

Also read | ‘Do not travel to India-Pakistan border’; exercise caution due to crime and terrorism: U.S. updates travel advisory to citizens

“Look at the footprints. You will find them in Pakistan. A country that sponsors, promotes, funds, protects terrorists, is a safer haven for terrorists; we need to tackle that country,” Mr. Madhav said.

He claimed that a group of intellectuals in Washington DC are busy defending Pakistan and its spy agency Inter-Services Intelligence (ISI).

“They [ISI] are the terror. But they have successfully convinced some intellectuals in America that they are trying very hard, but these terrorist groups are not coming under their control,” he said.

In a lighter vein, Mr. Madhav told the Indian-Americans amidst laughter and applause that they should send some of these terrorists to India, which will bring them under control.

“Allow us to come there, we will weed them out,” Mr. Madhav said as he told the audience that India has successfully defeated terrorist groups, including in Kashmir.

Perpetrators of terrorists and its support groups have to pay a heavy price for such activities, he said.

Mr. Madhav alleged that some think tanks and some media outlets like The New York Times and The Washington Post have “sympathisers of terror.” They demand human rights for terrorists, he said.

In his remarks, Mr. Madhav said that the fight against terrorism in the world would not be successful unless the last terrorist is not eliminated.

“Friends, terrorism can be defeated only when the last terrorist is defeated. Like the virus, as long as there is one terrorist alive in one corner of the world, humanity remains in danger. What is required first of all, is a united resolve to defeat and remove this scourge of mankind from the face of the Earth,” he said.

India, which has been a victim of terror for the last several decades, has defeated terrorism, he said.

“You have defeated terror in India. You may say there are terrorists here and there in Kashmir, but today in India, terrorism has become very costly for the perpetrators. What remains are some remnants, but they will also end very soon in India,” Mr. Madhav added.