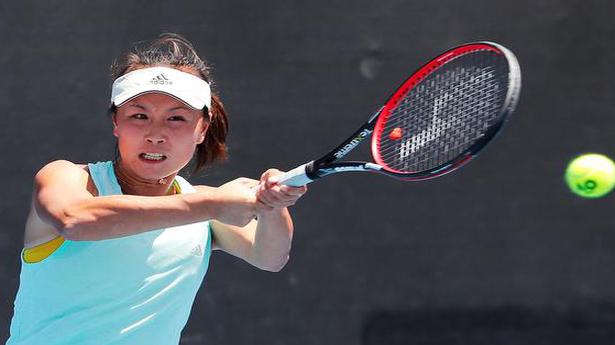 Concerns are growing about the fate of Chinese tennis star Peng Shuai, who has not been seen in public more than two weeks after alleging sexual abuse by a senior Chinese Communist Party leader.

On Thursday, the Women’s Tennis Association (WTA) revealed it had failed to reach Ms. Peng after “repeatedly” trying to contact her. The WTA also raised questions about a statement purported to be from Ms. Peng that was released by Chinese English-language broadcaster China Global Television Network (CGTN).

In the statement, which appeared to be a screenshot of a Word document, that was shared on Twitter by CGTN, Ms. Peng said she was “fine” and “resting” at home. It could not be verified whether she did indeed write the statement.

“Hello everyone this is Peng Shuai,” the statement began. “Regarding the recent new released on the official website of the WTA, the content has not been confirmed or verified by myself,” it said, referring to the WTA expressing concern about Ms. Peng and the allegations.

“The news in that release,” it continued, “including the allegation of sexual assault, is not true. I’m not missing, nor am I unsafe. I’ve just been resting at home and everything is fine.”

The statement was, however, not published by the official Chinese media in Mandarin, and was only tweeted by CGTN. It appeared to be aimed at an international audience and to address concerns voiced in recent days not only by the WTA but also by a number of tennis stars, including Naomi Osaka and Novak Djokovic. In China, however, the news about Ms. Peng’s allegations remains heavily censored and her account on Sina Weibo, a Twitter equivalent, remains hidden from public view.

The WTA on Thursday questioned whether Ms. Peng had written the statement.

“The statement released today by Chinese state media concerning Peng Shuai only raises my concerns as to her safety and whereabouts,” WTA Chairman Steve Simon said.

“I have a hard time believing that Peng Shuai actually wrote the email we received or believes what is being attributed to her. Peng Shuai displayed incredible courage in describing an allegation of sexual assault against a former top official in the Chinese government. The WTA and the rest of the world need independent and verifiable proof that she is safe. I have repeatedly tried to reach her via numerous forms of communication, to no avail. Peng Shuai must be allowed to speak freely, without coercion or intimidation from any source. Her allegation of sexual assault must be respected, investigated with full transparency and without censorship. The voices of women need to be heard and respected, not censored nor dictated to.”

The original post by Ms. Peng on November 2 was promptly deleted, while any references to her were subsequently censored on Weibo. In an emotional message, she said had been sexually assaulted by senior party leader and former Vice Premier Zhang Gaoli. She detailed how 10 years ago, when she was 25, Mr. Zhang, then 65, and his wife, had invited her home before he assaulted her. She then narrated how they had subsequently begun a years-long affair, until Mr. Zhang broke it off when he was promoted to the party’s top body in 2012, the Politburo Standing Committee. He resumed the affair three years ago, when, Ms. Peng said, he again forced her to have sex, while his wife was guarding the door.

Ms. Osaka was among several tennis stars expressing concern about the allegations and Ms. Peng’s safety. Ms. Osaka said in a statement she was “recently informed of a fellow tennis player that has gone missing shortly after revealing that she has been sexually abused.” “Censorship is never ok at any cost, I hope Peng Shuai and her family are safe and ok,” she said. “I’m in shock of the current situation and I’m sending love and light her way.”