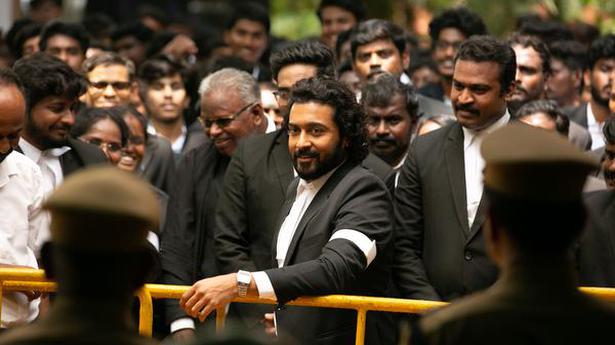 
Two days after the PMK Mayiladuthurai district secretary Sithamalli Palanisamy issued a threat of physical attack to actor Suriya over purported projection of the Vanniyar community in poor light in his latest release Jai Bhim, the former was booked under stringent IPC sections by the police on Wednesday.

The PMK functionary was booked under IPC Sections 153A (promoting enmity between different groups on ground of religion, race, place of birth, residence, language, etc., and doing acts prejudicial to maintenance of harmony),

On Sunday, the PMK leader and his supporters had forcibly stalled screening of ‘Vel’, a Suriya-starrer, at a cinema theater in Mayiladuthurai town.

Police sources said the PMK functionary has not been arrested.