There is mounting global evidence in favour of ‘nature-based solutions’ for water storage and supply, says Chairman of the drafting committee of the new water policy

We need to take very serious cognisance of the current context of climate change and the grave crisis of water facing the country. Recent estimates suggest that if the current pattern of demand continues, about half of the national demand for water will remain unmet by 2030. With water tables falling and water quality deteriorating, a radical change is needed in the approach to water management, especially because today, more than ever before, the past is no longer a reliable indicator of what is to come.

Changing patterns and intensity of precipitation, as also rates of discharge of rivers, show that it can no longer be assumed that the water cycle operates within an invariant range of predictability. This requires greater emphasis on agility, resilience and flexibility in water management, so that there could be an adequate response to the heightened uncertainty and unpredictability of the future.

You chair the committee that drafted the policy. Has it been submitted and when is it expected to be published?

Yes, the draft National Water Policy (NWP) has been submitted to the Ministry of Jal Shakti. In addition to the usual practice of placing the NWP in the public domain to receive feedback from the people, the Minister for Jal Shakti has proposed that different aspects of the NWP should also be discussed threadbare in a series of open workshops with stakeholders on those specific aspects of the policy, before the Government of India takes a final view. As per established procedure, the final approval of the NWP, of course, rests with the National Water Resources Council, which is chaired by the Prime Minister and includes all Chief Ministers as members.

What are two major recommendations of the proposed NWP?

The two major recommendations are one: Shift focus from endlessly increasing supply of water towards measures for demand-management. This means diversifying our cropping pattern to include less water-intensive crops, in line with regional agro-ecology. It also needs lowering the industrial water footprint, which is among the highest in the world by reducing fresh water use and shifting to recycled water. Cities must mandatorily shift all non-potable uses, such as flushing, fire protection, vehicle washing, landscaping, horticulture etc to treated wastewater.

Two: Shift in focus within the supply-side also because the country is running out of sites for further construction of large dams, while water tables and groundwater quality are falling in many areas. There are trillions of litres of water stored in big dams, which are not reaching the farmers for whom they are meant. The policy outlines how this can be done by deploying pressurized closed conveyance pipelines, combined with Supervisory Control and Data Acquisition (SCADA) systems and pressurized micro-irrigation.

There is mounting evidence across the globe in favour of “nature-based solutions” for water storage and supply. Thus, the NWP places major emphasis on supply of water through rejuvenation of catchment areas, which needs to be incentivised through compensation for eco-system services, especially to vulnerable communities in the upstream, mountainous regions. Renewed thrust on local rainwater harvesting to catch the rain where it falls, when it falls, must be combined with demarcation, notification, protection and revival of traditional local water bodies in both rural and urban areas. This would form part of urban blue-green infrastructure for improved water levels and quality, as also flood mitigation, through specifically curated infrastructure such as rain gardens and bio-swales, restored rivers with wet meadows (where they can meander), wetlands constructed for bioremediation, urban parks, permeable pavements, sustainable natural drainage systems, green roofs and green walls.

What was the process deployed in the drafting process? Were there stakeholder workshops, wide consultations?

The Committee held 16 meetings over one year. It heard and received 124 submissions by experts, academics, practitioners and stakeholders. This included submissions by governments of 21 States and 5 Union Territories and 35 presentations and submissions by departments and ministries of the Government of India. The NWP is based on the national consensus that was evident from all the inputs received by the Committee.

Does the policy have recommendations on having ‘more people pay’, or ‘some people pay more’ models for the use of water?

The policy recognises that water found in its natural form is very different from water available in a household tap, an irrigation channel or a factory. It takes physical infrastructure and management systems to make water a usable resource wherever and whenever one wants it. So, it is important to generate a social consensus on how this cost is to be met. We regard service fees as a facilitator to ensure affordable water as a right to cover basic needs, while achieving financial sustainability by generating revenue through charging more for commercial and luxury uses.

We propose that economic services (like industrial and commercial use) should be charged at a rate where the O&M (Operation and Management) costs and part of the capital cost would be the basis for the water service fees. At the same time, concessional rates should be provided for vulnerable social sections and care should be taken not to price out the poor from basic water service.

The Hindu45 seconds ago 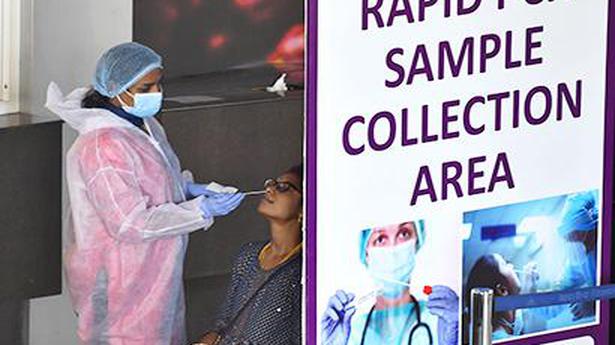 The Hindu45 seconds ago