Infection + Vaccination = Superpowers. How Experts Answer ‘Do I Still Need the Vaccine’ Question 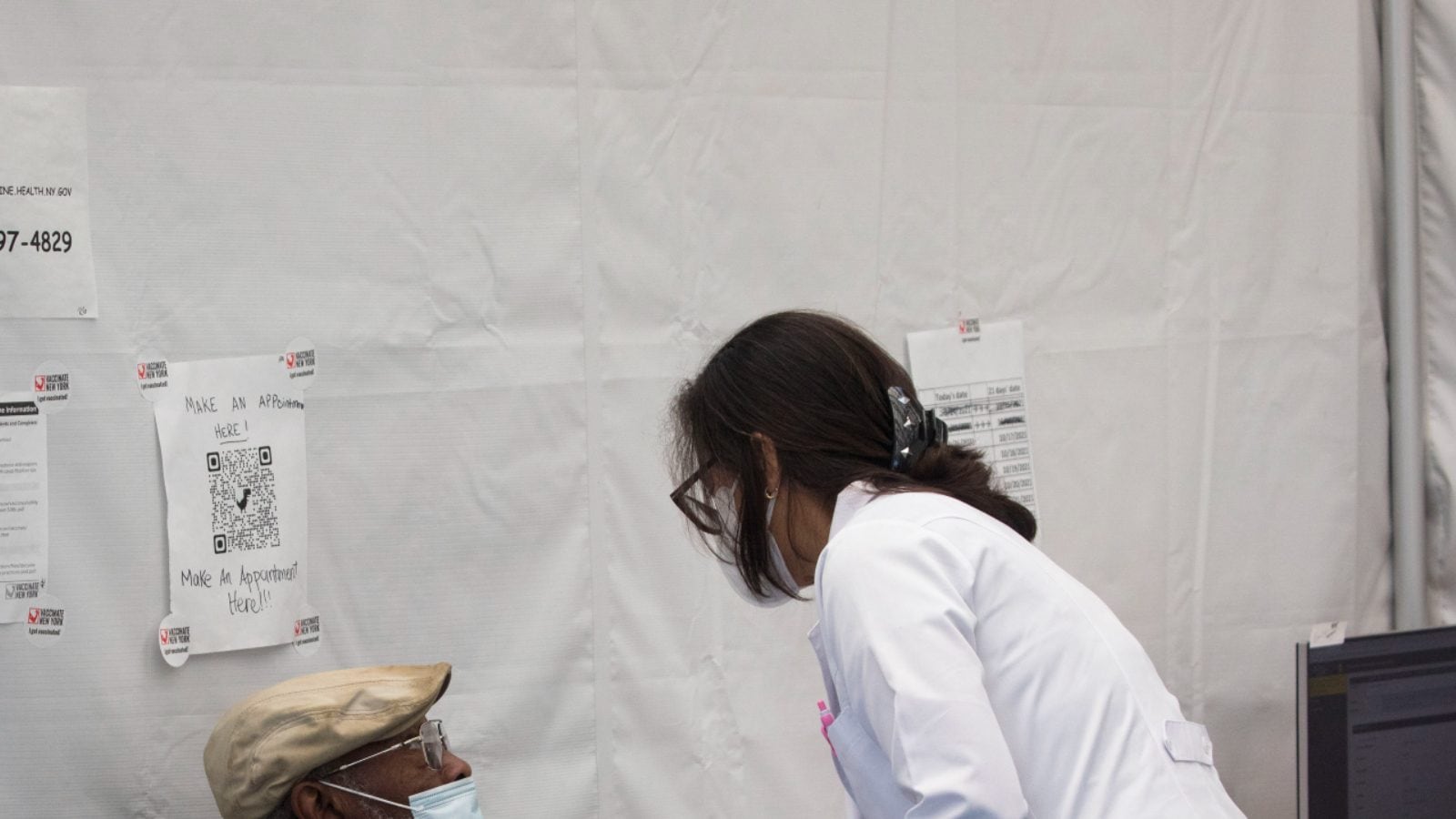 
When Jonathan Isaac, a basketball player for the Orlando Magic, explained why he chose not to be vaccinated against the coronavirus, he tapped into a dispute that has been simmering for months: Do people who have had Covid-19, as Isaac said he has, really need the vaccine?

That question has thrust tortuous immunological concepts into a national debate on vaccine mandates, with politicians, athletes, law professors and psychiatrists weighing in on the relative strength of so-called natural immunity versus the protection afforded by vaccines.

But the answer, like nearly everything about the virus, is complicated.

While many people who have recovered from Covid-19 may emerge relatively unscathed from a second encounter with the virus, the strength and durability of their immunity depends on their age, health status and severity of initial infection.

“That’s the thing with natural infection — you can be on the very low end of that or very high end, depending on what kind of disease you developed,” said Akiko Iwasaki, an immunologist at Yale University.

Those with powerful natural immunity may be protected from reinfection for up to a year. But even they should not skip the vaccine, experts said. For starters, boosting their immunity with a vaccine is likely to give them long-lasting protection against all the variants.

“If you’ve gotten the infection and then you’ve been vaccinated, you’ve got superpowers,” said Jennifer Gommerman, an immunologist at the University of Toronto.

Without that boost, antibodies from an infection will wane, leaving Covid-recovered people vulnerable to reinfection and mild illness with variants — and perhaps liable to spread the virus to others.

This is the same argument for giving boosters to people who are fully vaccinated, said Michel Nussenzweig, an immunologist at Rockefeller University in New York. “After a certain period of time, you’re either going to get boosted or you’re going to get infected,” he said.

How immunity from infection and from vaccination compare is difficult to parse. Dozens of studies have delved into the debate, and have drawn contradictory conclusions.

Some consistent patterns have emerged: Two doses of an mRNA vaccine produce more antibodies, and more reliably, than an infection with the coronavirus does. But the antibodies from prior infection are more diverse, capable of fending off a wider range of variants, than those produced by vaccines.

Studies touting the durability and strength of natural immunity are hobbled by one crucial flaw. They are, by definition, assessing the responses only of people who survived Covid-19. The road to natural immunity is perilous and uncertain, Nussenzweig said.

Only 85% to 90% of people who test positive for the virus and recover have detectable antibodies to begin with. The strength and durability of the response is variable.

For example, while the immunity gained from vaccines and infection is comparable among younger people, two doses of the mRNA vaccines protected adults older than 65 better than a prior infection did.

Research published by Iwasaki’s team in May showed a stepwise increase in the level of antibodies with rising severity of infection. About 43% of recovered people had no detectable neutralizing antibodies — the kind needed to prevent reinfection — according to one study. The antibodies drop to undetectable levels after about two months in about 30% of people who recover.

Other researchers may find different results depending on the severity of illness in the participants, said Fikadu Tafesse, an immunologist at Oregon Health & Science University.

“If your cohort is just only hospitalized individuals, I think the chance of having a detectable antibody is higher,” Tafesse said.

In terms of the quality of the antibodies, it makes sense that invasion by a live virus would produce a broader immune response than would injecting the single protein encoded in the vaccines, he and others said.

The virus would stimulate defences in the nose and throat — exactly where they are needed to prevent a second infection — while the vaccines produce antibodies mainly in the blood.

“That will give you an edge in terms of resisting a subsequent infection,” Gommerman said.

Fragments of the virus may also persist in the body for weeks after infection, which gives the immune system more time to learn to fight it, while the proteins carried by the vaccine quickly exit the body.

Several studies have now shown that reinfections, at least with the earlier versions of the virus, are rare.

At the Cleveland Clinic, none of 1,359 health care workers who remained unvaccinated after having Covid-19 tested positive for the virus over many months, noted Dr. Nabin Shrestha, an infectious disease physician at the clinic.

But the findings must be interpreted with caution, he acknowledged. The clinic tested only people who were visibly ill, and may have missed reinfections that did not produce symptoms. The participants were 39 years old on average, so the results may not apply to older adults, who would be more likely to become infected again.

Most studies have also tracked people for only about a year, Shrestha noted. “The important question is, how long does it protect, because we’re not under any illusions that this will be a lifelong protection,” he said.

It’s also unclear how well immunity after infection protects against the newer variants. Most studies ended before the delta variant became dominant, and more recent research is patchy.

The most widely cited study in favour of natural immunity’s potency against the delta variant comes from Israel.

But experts cautioned against inferring from the results that natural immunity is superior to the protection from vaccines. The vaccinated group included many more people with conditions that would weaken their immune response, and they would be expected to have more breakthrough infections, noted Bill Hanage, an epidemiologist at the Harvard T.H. Chan School of Public Health.

The study also did not account for people whose immune defenses may have been strengthened by a second exposure to the virus.

For those lucky enough to have recovered from Covid-19, vaccination is still the ideal choice, experts said. It provides a significant boost in antibody levels and a near-impenetrable immune shield — perhaps even against future variants.

“They are like rock stars on all the variants,” said Dr. Duane Wesemann, an immunologist at Harvard Medical School.

Colourful graphs from Wesemann’s recent paper have been helpful for convincing Covid-recovered patients of the stark advantage even a single dose would offer them, he said.

Regardless of the evolving understanding of natural immunity, on one point there is near-universal agreement among scientists. For people who were never infected, vaccines are much safer, and far less a gamble, than Covid-19.

Many people who argue against vaccines cite the low mortality rates from Covid-19 among young people. But even seemingly mild cases of Covid-19 can result in long-term damage to the heart, kidneys and brain, or leave people feeling exhausted and unwell for weeks to months, Iwasaki said.

“No one should try to acquire immunity through natural infection,” she said. “It’s just too dangerous.”

This article originally appeared in The New York Times.