HomesportBFI ropes in Devendro and Suranjoy as men’s coaches
sport

BFI ropes in Devendro and Suranjoy as men’s coaches 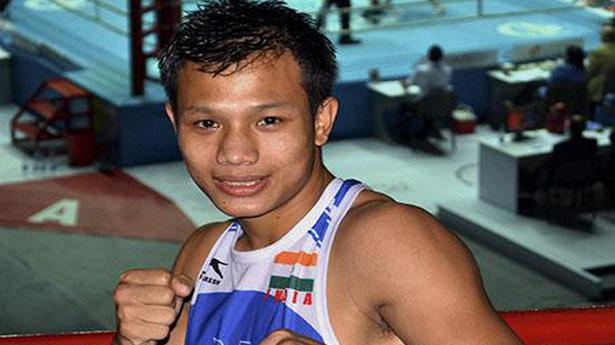 
Commonwealth Games medallists M. Suranjoy Singh and L. Devendro Singh, whose stellar boxing careers were cut short by injuries, have been roped in as coaches for men by the national federation ahead of this month’s World Championships, according to BFI secretary-general Hemanta Kalita.

The 29-year-old Devendro and the 35-year-old Suranjoy are among 14 coaches short-listed for the National camp in Patiala, starting this week. The mega event, featuring over 600 boxers from more than 100 countries, begins on October 24 in Belgrade.

Other prominent names in the coaching staff are head coach Narender Rana, former junior coach M.S. Dhaka, the seasoned Dharmendra Yadav and former boxers Diwakar Parsad and Torak Kharpan. Interestingly, both Suranjoy and Devendro have trained under Dhaka at the junior level.

While Suranjoy is a gold-medallist from the 2010 Commonwealth Games and the 2009 Asian Championships, Devendro won a silver at the CWG and made the pre-quarterfinals of the 2012 London Olympics.

Suranjoy had been named an assistant coach in 2017, but could not accept the position due to personal issues.

Devendro, a World Championships quarterfinalist and Asian Championships silver-medallist as well, completed his coaching diploma from Patiala’s National Institute of Sports in 2020.