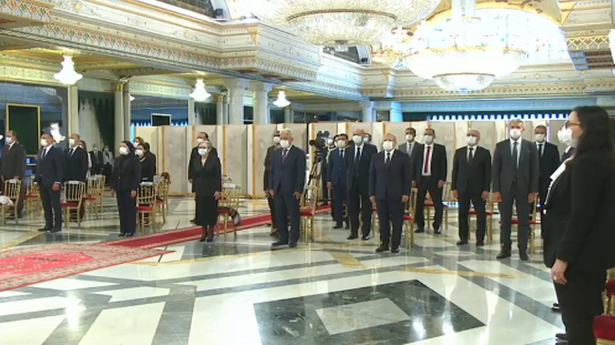 The new Cabinet has an unprecedented 10 women, including the Prime Minister.

Tunisia got a new government Monday after more than two months without one, with the Prime Minister naming her Cabinet, including a record number of women.

The ministerial appointments announced by Prime Minister Najla Bouden filled a vacuum that had persisted since President Kais Saied abruptly dismissed his former cabinet and suspended parliament 11 weeks ago, concentrating all executive powers. His critics and constitutional lawyers have likened his actions to a coup.

Ms. Bouden, named on September 29 by Mr. Saied as Tunisia’s first female Prime Minister, said during the swearing-in ceremony of her new ministers that their main priority would be fighting corruption.

The new Cabinet has an unprecedented 10 women, including the Prime Minister. They include Leila Jaffel, new at the Ministry of Justice, and Sihem Boughdiri Nemseya, reappointed as Finance Minister.

Mr. Saied had previously promised a new government for July.

But he then partially suspended the constitution on September 22 and gave himself the power to rule by decree. He has argued that pandemic-hit Tunisia is in crisis and that the measures are temporary.

Protests for and against Mr. Saied have attracted thousands of people in recent weeks.