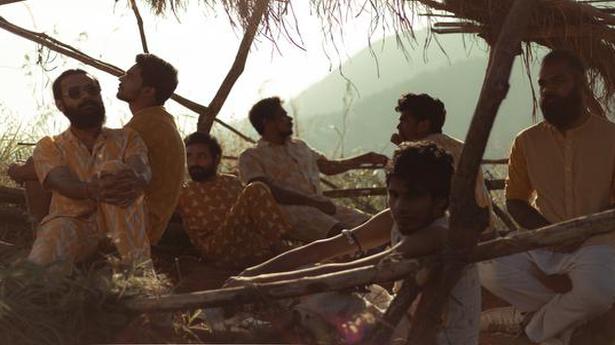 Shanka Tribe is proud to identify itself as a disruptive player in the Indian indie music scene, with their unique and alternative style.

Their experimental music stands out with its signature opening — every track opens with the sound of a shankh (conch). The band’s didjeridoo player, Munna PM explains why this is the 10-year-old band’s first single. “In the initial days, the priority of the band was to simply create music. We had to give people some time to understand and get used to this new genre. Live performances were the best way to test our music. With each performance, our confidence grew as many people started appreciating our music.”

Cover of ‘When Nature Calls’ by Shanka

Munna who first thought of forming a band, says he was inspired by a few tracks he had been listening to. Fascinated by tribal music, he says he luckily found like-minded members to join him. All the band members are full-time musicians and a few of them had worked in a Malayalam film.

What’s in a name

Born from a college music festival, the band name has nostalgia value. Munna says, “When we were considering different names one of my friends, Shishira, suggested ‘Shanka’ as in shankh (conch) which a few band members had a personal connection with during their childhood. Also, the cleansing, purifying and spiritual effect of the shankh is unparalleled. So we felt that shankh is an apt name for an instrumental band like this.”

What is the most difficult part of creating music with folk instruments? Bonny says, “Whenever we create music we try to incorporate the didgeridoo, oud, jaw harp etc; these instruments are unique and exotic, so we have to use them wisely. It is important to understand what the instrument can do and what’s best for that particular song. For example, the didgeridoo can be played as a drone to a rhythmic progression.”

Also, he adds that one has to be patient as such melodic ideas takes time. It is important to listen and explore different genres of music to understand the contribution of each instrument to the track.

Speaking of the pulse of young music lovers, Munna says, “When it comes to sound there have been a lot of changes in contemporary film music. There is a huge opportunity in experimenting with organic sounds. New sounds are what everyone prefers but they should come with context when shown in movies.”