OSIJEK, Croatia: Croatia midfielder Luka Modric scored from a free kick to salvage a 2-2 draw with Slovakia as Russia moved to the top of Europe Group H in World Cup qualifying on Monday.

Dropping points means 2018 World Cup runner-up Croatia is likely to need a win over Russia next month to qualify automatically for next year’s World Cup in Qatar. Neither team can finish lower than second, ensuring them of at least a spot in the playoffs.

Slovakia needed a win to keep its qualifying hopes alive against Croatia and took the lead with a header from Ivan Schranz in the 20th minute, but Croatia hit back five minutes later when Andrej Kramaric headed in a deflected Modric cross.

Slovakia moved in front again just before the break when winger Lukas Haraslin was given plenty of time and space at the far post to fire the ball through goalkeeper Dominik Livakovic’s legs.

With time running out for Croatia after a series of misses by Kramaric, Modric curled a free kick through the Slovakian wall in the 71st. The goal was his first since the European Championship and came three days after he missed a penalty against Cyprus.

Nikola Vlasic thought hed given Croatia all three points when he bundled in the rebound as several players battled for the ball in a slippery penalty area. The ball deflected off the back of fallen defender Martin Koscelnik and Vlasic knocked it in, but the referee said there had been an earlier offside after a long VAR review while the players waited for kickoff.

Croatia and Russia have been neck-and-neck at the top of Group H for much of the qualifying campaign, but the Russians have moved ahead by two points with two games to go after a 2-1 win over old rival Slovenia thanks to an overhead goal from center back Georgy Dzhikiya.

Igor Diveev headed Russia in front in the 28th before the highlight of the match from Dzhikiya, who leapt for an overhead kick at the far post when left unmarked at a corner.

Josip Ilicic scored for Slovenia to keep the game close and end Russia coach Valery Karpin’s run of not conceding a goal in his four previous games in charge. Slovenia kept up the pressure through the second half but couldn’t find an equalizer and can no longer qualify.

Malta scored in the 98th minute to earn a point in a 2-2 draw with Cyprus. 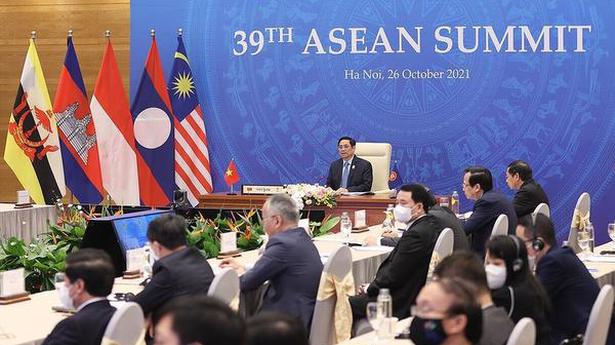