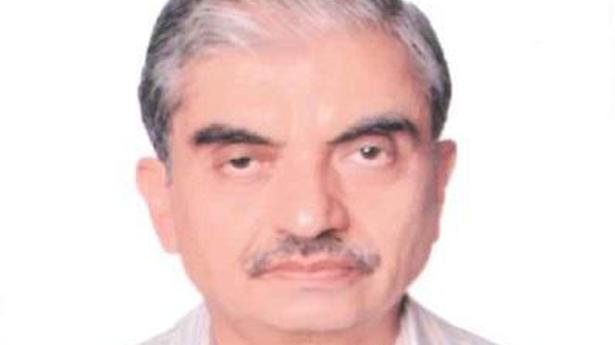 The country is heading to achieve the 100-crore vaccination milestone as stated by the Health Ministry. How is this going to change the course of the pandemic in the country?

In our country, there are over 94 crore adults who are eligible to receive vaccines. In several states, one dose has been given to 100% of the adult population. With India’s current vaccine delivery capacity and the vaccine production and availability status, we can give another 70 to 80 crores in the next three months.

The future course of the pandemic in our country is dependent on five things. One, how effectively people follow COVID-appropriate-behaviour. Second, the availability of vaccines. Third, the percentage of the population exposed to natural infection during the second wave; fourth, the emergence of any new variants in coming weeks and months; and fifth is the preparedness of the health system for any future upsurge of cases.

During the second wave, anywhere between 70 to 85% of people across the country got the infection.

Besides, no new variant has emerged in the last four months. There have been massive efforts to ramp up the number of ICU beds, oxygen supply, availability of life-saving drugs, strengthening diagnostic facilities through a public-private partnership. Now, it is up to the people of the country to follow COVID-appropriate behaviour, especially during the upcoming festivals. I strongly feel that maintaining and sustaining the discipline will go a long way in keeping the cases low and eventually returning to normalcy.

Also read: ‘Adverse event surveillance is being set up in health facilities across the country’

The biggest factor that has helped India in our vaccination journey to achieve this milestone in a short time is our Vaccine Atmanirbharta (vaccine self-reliance). We could vaccinate such a large population because we could develop and produce vaccines in the country.

This has not been achieved overnight; it is the result of one-and-a-half years of strategic thinking, translating it into action and of course the hard work.

Though India has been the largest producer of vaccines for children, it was not known for developing vaccines. During this pandemic, however, it developed several vaccines. What made it possible?

In the last two decades, the country has taken big strides in developing infrastructure for basic science research. The real transformation began last year when the decision to catalyse and encourage basic research and development of new vaccines was taken. In March 2020, huge funds were invested, and a conducive ecosystem was created. It encouraged scientists as well as entrepreneurs to collaborate and come together to take up development of new vaccines. Collaboration between international partners, local manufacturers, scientists and various science laboratories resulted in new technology development and transfer.

As a result, India could begin its nationwide vaccination program in less than 10 months of the onset of the pandemic.

Today, it has a robust pipeline of COVID vaccines — inactivated vaccine, sub-unit vaccine, vectored vaccine, DNA vaccine, RNA vaccine — which will be available both for adults as well as for children within the country and also for many other countries.

These vaccines have been developed in a very short time and were given Emergency Use Authorisation, which means they were made available for the people before their long-term impact could be studied. What were the measures taken to ensure their safety?

Right from the months of June-July, 2020, scientists across the world started discussing the possible effects and side-effects of the vaccines. By September-October, in India, an expanded expert panel to look after the Adverse Events Following Immunisation (AEFI) was set up from the national level to the district level to address problems that might arise due to adult immunisation.

This panel included general physicians, pulmonologists, cardiologists, neurologists, hepatologists among others. The investigation and causality training for AEFI members across the country was organised in October-November and by December, most of them were trained. A list was prepared by the country to include the clinical conditions which have traditionally been reported as adverse events but additional conditions were added to the list that could theoretically have occurred with any new vaccine — these were also called AESIs i.e., adverse events of special interest.

The vaccinators, the nurses and doctors working in peripheral hospitals or district hospitals have been made aware about how any adverse event from a simple reaction to something which requires hospitalisation has to be managed and reported.

The country’s existing surveillance experience in handling adverse reactions in the case of children helped immensely.

The WHO played an important role in facilitating this exercise. They have a vaccine-safety division at the national office which provides technical as well as logistic support.

Every vaccination centre is organised to have a sitting place for observation for 30 minutes after the vaccine has been administered. The purpose is to manage any severe reaction such as anaphylaxis promptly and then refer them to the nearest health facility. This approach has saved several hundred lives. Any clinical event or disease that occurs within 28 days of administering a dose of the vaccine is to be reported as AEFI for further investigation and to determine whether it is related to the vaccine and vaccination. To supplement routine surveillance information active surveillance had been set up at 20 to 25 sites across the country, both at hospitals as well as community sites. This will also help us rule out the possibility of any long-term effects of the vaccines.

How difficult was it to convince people about the safety of the vaccine?

A long campaign for polio eradication, which addressed the vaccine hesitancy, had prepared the country to deal with misinformation, rumours around COVID-19 vaccines. The government began social mobilisation in October last year, even before the vaccination drive began.

The system took a 360-degree approach to disseminate fact-based, scientific information through television channels, print media, webinars, radio programs, and face-to-face communication. Besides, many iconic personalities, religious leaders, community leaders were involved in awareness programs as they have a strong connection with the public.

For the first time, social media scanning is being done in a systematic manner so that rumours and misinformation are very closely, watched, followed, analysed, and countered in a methodical manner. I strongly feel that vaccine hesitancy is also like an infectious disease; it spreads rapidly from one area to other areas if prompt action to debunk it is not taken.

How easy or difficult do you think it would be for the country to vaccinate the rest of the population?

India has 94 crore adults, and it requires around 190 crore doses to fully immunise its population. As far as vaccine supply, and health infrastructure is concerned, we are confident. In fact, right now we are witnessing vaccine enthusiasm, not vaccine hesitancy. But it might be a difficult road ahead as we may come across pockets of hesitant people. I strongly believe that concerted efforts to address contextual factors will help the country to achieve full immunisation.