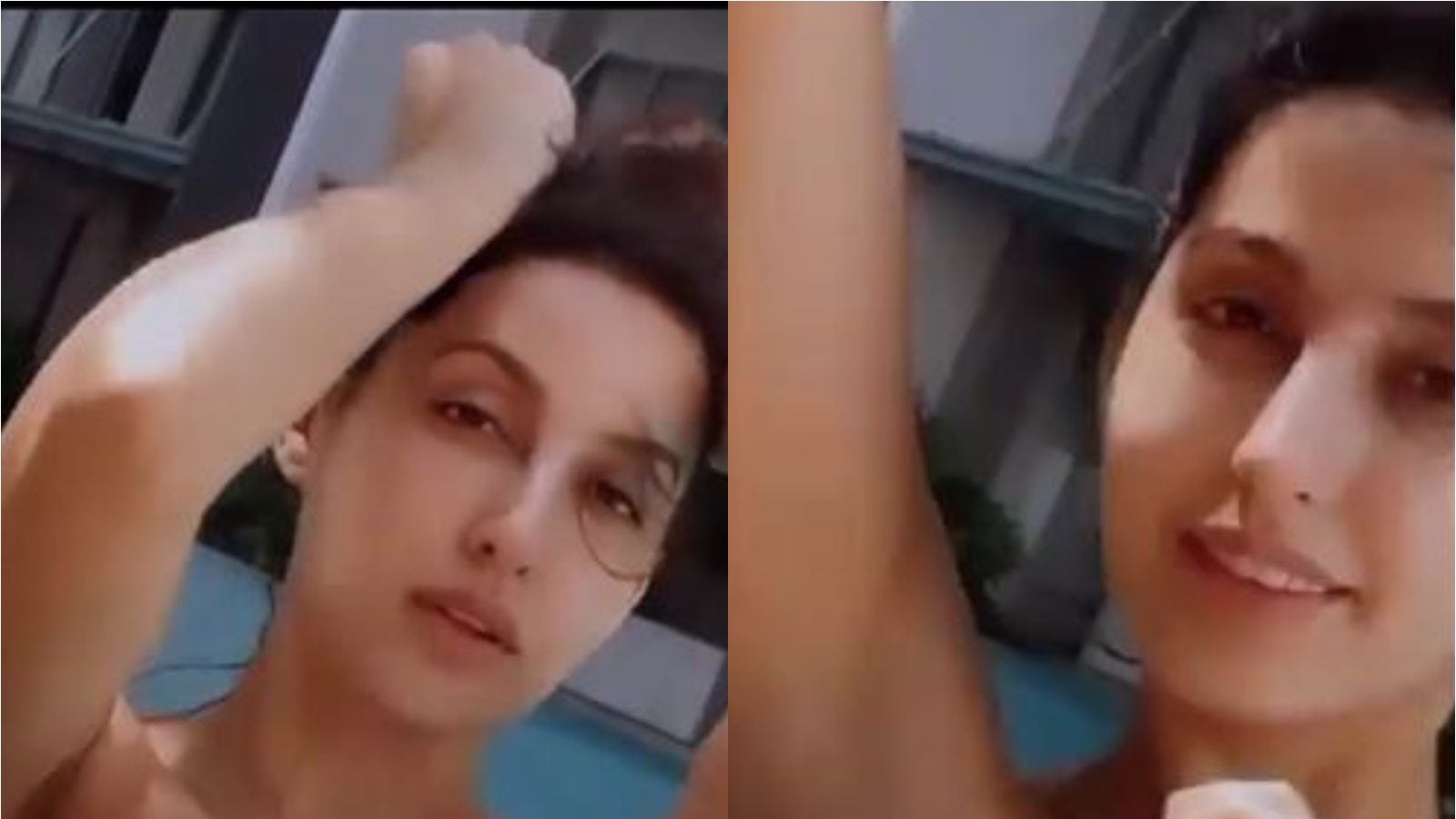 
Actress Nora Fatehi is truly a fan-favourite with her videos and posts going viral in no time. Nora, who has also starred in many music videos, has contributed to their exorbitant amount of likes and views. Recently a video featuring Nora Fatehi went viral on social media which she did not even share herself. In the video shared by a fan-page, Nora can be seen chilling by the pool in an off-shoulder bikini with a mystery man.

In the video, Nora can be seen fixing her hair and as soon as she spots the camera on her, she breaks into stylish poses. The actress looked gorgeous in the bikini. The mystery man in the video was identified as Steven Thomas Roy by the fan-page.

Nora also often shares Reel videos on Instagram that go viral. She recently shared a video featuring her and rapper Badshah where they could be seen having fun with different dishes.

A few days ago, Nora shared a video of herself with Steven Roy Thomas from her Toronto vacation. In the video, she can be seen enjoying the sights of the city. She also shared headlines about herself in the video. She credited her friend for the video.

Read: Nora Fatehi Could Pass Off As Queen In Her Regal Lehenga Look, See The Diva’s Sexy Pictures