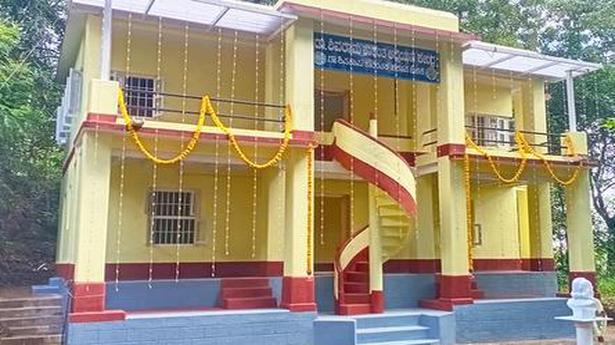 
Kinnikambala Padmanabha Rao, popularly known as K.P. Rao, from Udupi district, received the Balavana Award at Balavana in Puttur on Sunday. The award is given every year by the district administration on the occasion of the birth anniversary of Shivaram Karanth.

Speaking on the occasion, Mr. Rao said that it is the good understanding of linguistics that enabled Shivaram Karanth to come up with so many literary works. It is important for a writer to understand the strengths and weaknesses of a language, he added. Giving away the award, Puttur MLA Sanjeeva Matandoor said that the nation has made a lot of progress since the days of Shivaram Karanath. Mr. Rao is among the few luminaries who have greatly contributed towards the use of Kannada and other Indian languages in computers and smart phones. “It is really an honour for me to give the award to Mr. Rao,” he said.

Earlier, Mr. Matandoor inaugurated the restored reading room of Shivaram Karanth in Balavana, which has been restored by Indian National Trust for Art and Cultural Heritage (INTACH). This room, which is adjoining his house, was where Karanth wrote a good number of his literary works.