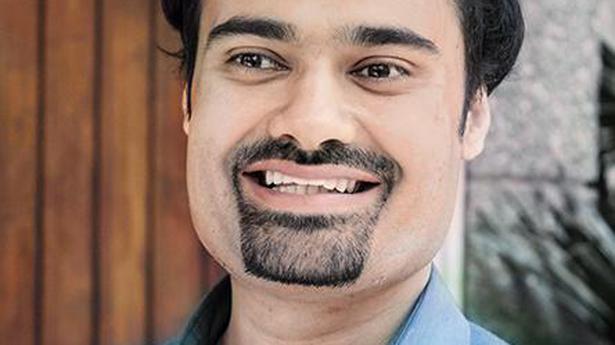 The kind of social and spatial segregation that is there for the Muslim community at present, it’s hard to imagine it will unravel soon, says Neelanjan Sircar

The editors of the new book Colossus: The Anatomy of Delhi, which was released in India in September, professor of geography and urban studies at Temple University Sanjoy Chakravorty and assistant professor of political science at Ashoka University Neelanjan Sircar, discuss their findings. The book analyses results of an NCR-wide survey funded by the Center for the Advanced Study of India (CASI) at the University of Pennsylvania, Philadelphia, from late 2015 to early 2016, which the editors term a one-of-a-kind look at the metropolitan region.

Q: In terms of the findings of the book, what were some of the highlights for you both?

NS: Throughout the book, you realise that you have to cross-reference space, a social attribute or demography and the outcome you are interested in. For example, we find that even if you control for the wealth of a person, natives of Delhi have the first-mover advantage. They live in places that have better infrastructure than migrants.

SC: For me, what it underlined was the information bubbles we all live in. We all ‘knew’ Delhi and it turned out that we didn’t really know Delhi. And that’s because our social networks are limited. There were two important things. First, how traditional Delhi is. There is this idea that people in cities are more advanced and liberal. But it turns out that it is not true in Delhi. It may not be as stuck in time as say, villages in Rajasthan and U.P. But it certainly isn’t a modern, cosmopolitan city as far as say getting along with other communities and marriage practices and eating practices are concerned. The village transferred to the city and the village habits really have not gone away. So marriage is conducted roughly the same way as it was 30 years ago. People don’t eat with outsiders, they don’t share meals with other communities. The very first time we presented this at an event at the Centre for Policy Research a couple of years ago, a lot of people were upset with us and said you are wrong. I would have not expected this myself because we don’t meet people from different social classes. Yes, there are casual interactions with auto drivers or service providers, but you don’t get to know what happens at home. At the same time, Delhi is very modern. There are RWAs, the politics, the engagement with politicians at all levels, dharnas and road blocks. Delhi is at the forefront among Indian cities in terms of overt politics, visible politics. The second thing that stood out was the multiple levels at which privilege, inequality and dominance work. For example, in access to drinking water and police services.

Q: As you know, Delhi is in the process of master-planning, with the DDA having released its draft master plan 2041 recently, and the National Capital Region Planning Board is also drafting the Regional Plan-2041. How do you see this process, in the light of your findings?

SC: Urban planning in India is not a democratic process, it never has been. Urban planning in the world in general is the upper middle class and the elite planning the cities that they want to live in. The master planning process is being dropped pretty much everywhere in the West in favour of citizen advocacy. Talking to citizens is the core of planning, but we are not there. There is a top-down nature of policy-making, probably more so today even more than 10 years ago. Very big decisions are being taken without any consultation.

NS: It’s not that there aren’t skilled and talented people trying to put together master plans. What this perspective misses is that how do you go from planned to unplanned. If we go to any Indian city, there is a lot that is unplanned.

Q: You’ve written that most residents of the NCR are not aware of the existence of the NCR. How does this inform the way they interact with it?

SC: I’m actually quite certain that 90% of Delhiites have never heard of the NCR. They could have heard the word somewhere but have no idea what it is. As long as its not a taxing authority or a voting authority, it has no organic meaning. It will remain that way. It will be an organisation that creates documents. Delhi has had many of these organisations.

Q: One of the findings of the survey is that Muslims are more likely to live within 1km of each other than Scheduled Castes and Muslim households interacting with a neighbouring household are 80.6% of the time interacting with another Muslim household, while the number is 44.2% for SC households. What in your opinion does this say about the state of integration in the NCR? Is the situation improving or getting worse?

NS: To be frank, India as a whole and that includes Delhi is getting worse if you’re Muslim. The Delhi riots are a manifestation of some of the troubles we have highlighted. The kind of social and spatial segregation that is there for the Muslim community at present, it’s hard to imagine it will unravel soon. The story with caste seems to be at the outset a bit more positive, though not on the most intimate of practices like marriage.

SC: Religious polarisation is the goal of the current regime. Polarisation ultimately is most effective when there is segregation. We are slowly but inevitably moving in that direction. If we look for good news, there may be some in caste relations. I see hope in education, gender and gender relations. It is possible that this coming generation will all be educated at a level in which they become civic participants, active political agents, not partisans. We suggest that the more Delhi becomes this global modern city, the more people hunker down in their religious and caste identities.

Q: Looking at the economic indicators, the survey shows the situation improving. Households that own a refrigerator and washing machine have increased, which may have an impact on health. Is that something that is clear from the data?

SC: Yes. Consumption is up and poverty is down. That is the India story. This is not taking into account the COVID-impact. We have hit a rough patch over the past couple of years. But the general trends are that people are eating better, they are more mobile, their houses are bigger and better finished. Inequality is, however, getting worse. The gap between the top and bottom is widening.