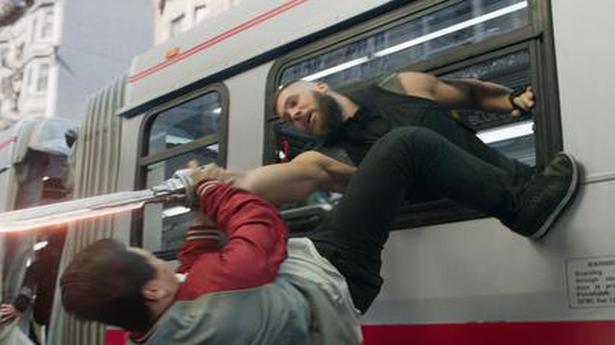 
The blistering four-minute action sequence in the Muni bus in Shang-Chi and the Legend of the Ten Rings took a solid year of planning. “The pandemic took away three months; we shot in Sydney and San Francisco,” explains stunt coordinator Andy Cheng, over a video call from Budapest.

For those who came in late, the said sequence happens in the beginning of the film when the thugs, including one who has a machete for a hand, attack Shang-Chi (Simu Liu), who is travelling with his friend, Katy (Awkwafina) in a bus.

“Shang-Chi pretends he does not know martial arts. He tries to tell the bad guys, ‘I think you have got the wrong guy.’ We, director Destin Daniel Cretton, and supervising stunt coordinator, Brad Allan, started from there. We thought we could take the fight outside the bus; on the roof to create a unique fight sequence.”

Safety, Cheng says, was one of the biggest challenges of the scene. “We had two set ups — a meter high one for normal driving and another that was five meters high, which was like a roller-coaster. Keeping the actors who played the passengers,safe was paramount. Choreographing the fight where Shang-Chi goes from the driver’s seat to the back of the bus in a narrow space was demanding.”

Cheng, who was part of Jackie Chan’s stunt team, says, “In the beginning of the scene, Shang-Chi saves a falling girl by grabbing her belt. It was a difficult stunt as Simu had to jump on a chair, run at a 45 degree angle while the bus was bouncing around. We did more than 20 takes, and sometimes, he would miss the belt and the girl would hit the window. One time, Simu missed the chair and hurt his shin. We had all safety measures in place but these things happen.”

On whether CGI has helped or hindered action sequences, Cheng says, “ It helps control the environment — you know a car will not suddenly come into the frame. When Simu is running on the top of the bus and swinging in through a window, we were able to control the scene thanks to CGI.”

The downside of CGI, according to Cheng is viewers are now smart and so the danger does not seem real. “However, in the balance, safety is more important.” New on Disney+ Hotstar in February: ‘The Night Manager’, ‘J-Hope In The Box’, and more