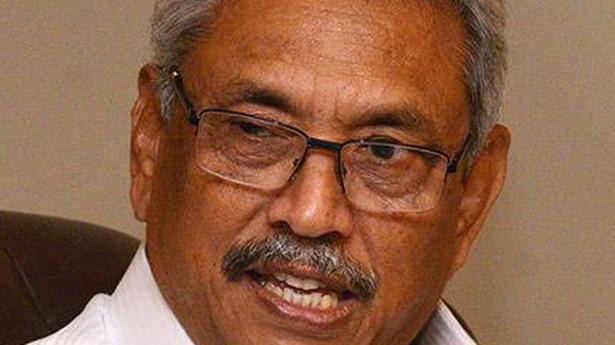 Opposition leader Sajith Premadasa said revelations made in the Pandora Papers must be investigated and the government members should not prevent such an impartial inquiry from being conducted.

Sri Lankan President Gotabaya Rajapaksa on Wednesday gave a one-month deadline to the country’s anti-graft commission to investigate the people accused of maintaining offshore accounts in the unprecedented leak of financial documents known as the Pandora Papers.

Opposition leader Sajith Premadasa told Parliament that revelations made in the Pandora Papers must be investigated and the government members should not prevent such an impartial inquiry from being conducted.

“The President this morning asked the Bribery and Corruption Commission to investigate all Sri Lankans mentioned in the Pandora Papers and their transactions and report to him within a month,” President Rajapaksa’s spokesman Kingsly Rathnayake said.

The move came a day after the Opposition raised the issue in Parliament following Rajapaksa’s niece Nirupama Rajapaksa and her husband Thirukumar Nadesan’s mention in the Pandora Papers.

The government disowned them and claimed that the couple had no political links with the current SLPP coalition and all transactions mentioned in the Pandora Papers were those done before the SLPP’s assuming government office.

The International Consortium of Investigative Journalists (ICIJ) this month claimed it obtained the trove of more than 11.9 million confidential files to find secret financial dealings of many super-rich.

More than 600 reporters from around the world, belonging to 150 media organisations spanning 117 countries, participated in the research for two years for the Pandora Papers, which contain 11.9 million files containing 2.94 terabytes worth of confidential information.

The leak uncovers the financial secrets of more leaders and public officials than the Panama Papers did and reportedly provides more than twice as much information about the ownership of offshore companies.

The Pandora Papers investigation is bigger in size and revelations about politicians and public officials are also far more than what has previously come to public attention.