‘She has sharpness of Indira Gandhi in her eyes and voice. She continued her fight from the jail cell of Sitapur,’ it says.

In a scathing attack on the Bharatiya Janata Party (BJP) for arresting Congress general secretary Priyanka Gandhi in Uttar Pradesh recently, the Shiv Sena on Wednesday said that Ms. Gandhi, who was as sharp as former Prime Minister and her grandmother Indira Gandhi, did not buckle under pressure of the State Government and continued her fight.

Ms. Vadra was on her way to meet the family members of farmers who died after being mowed down by a car of a Union Minister’s son in Lakhimpur Kheri.

Slamming the Union Government over the killing of farmers while its celebration of ‘Amrut mahotsav’ of Independence continued, an editorial in the Sena’s mouthpiece Saamna asked whether it should be termed as ‘blood festival’ now?

“Priyanka Gandhi may be targeted for being political opponent. But those who arrested her illegally should have kept in mind that she is a granddaughter of Indira Gandhi who made the ultimate sacrifice for the nation and avenged the Partition by dividing Pakistan into two,” it said.

The editorial said that Ms. Vadra was a brave fighter. “She has sharpness of Indira Gandhi in her eyes and voice. She continued her fight from the jail cell of Sitapur,” it said.

Attacking the BJP over the killing of farmers, the Sena mouthpiece wondered how the party would have reacted had the similar incident happened in any non-BJP ruled state. “Had any other woman been manhandled like Priyanka Gandhi, the women’s wing of the BJP would have hit the streets. It seems the BJP has come out with new definition of attacks on women and the one on Indira Gandhi’s granddaughter is not part of it,” it said.

Reminding the BJP how Lala Lajpat Rai was killed by the British and how Babu Genu was mowed down by the car driven by the British, the editorial said that this time it was the Union Minister’s son. 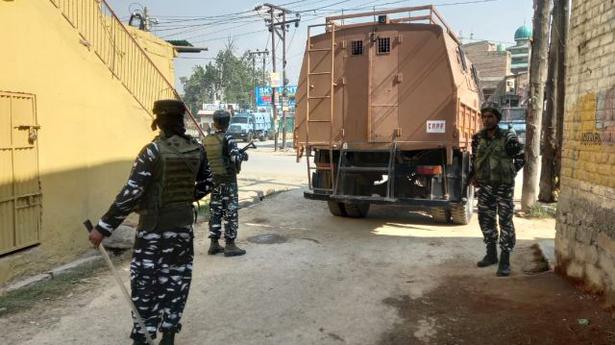