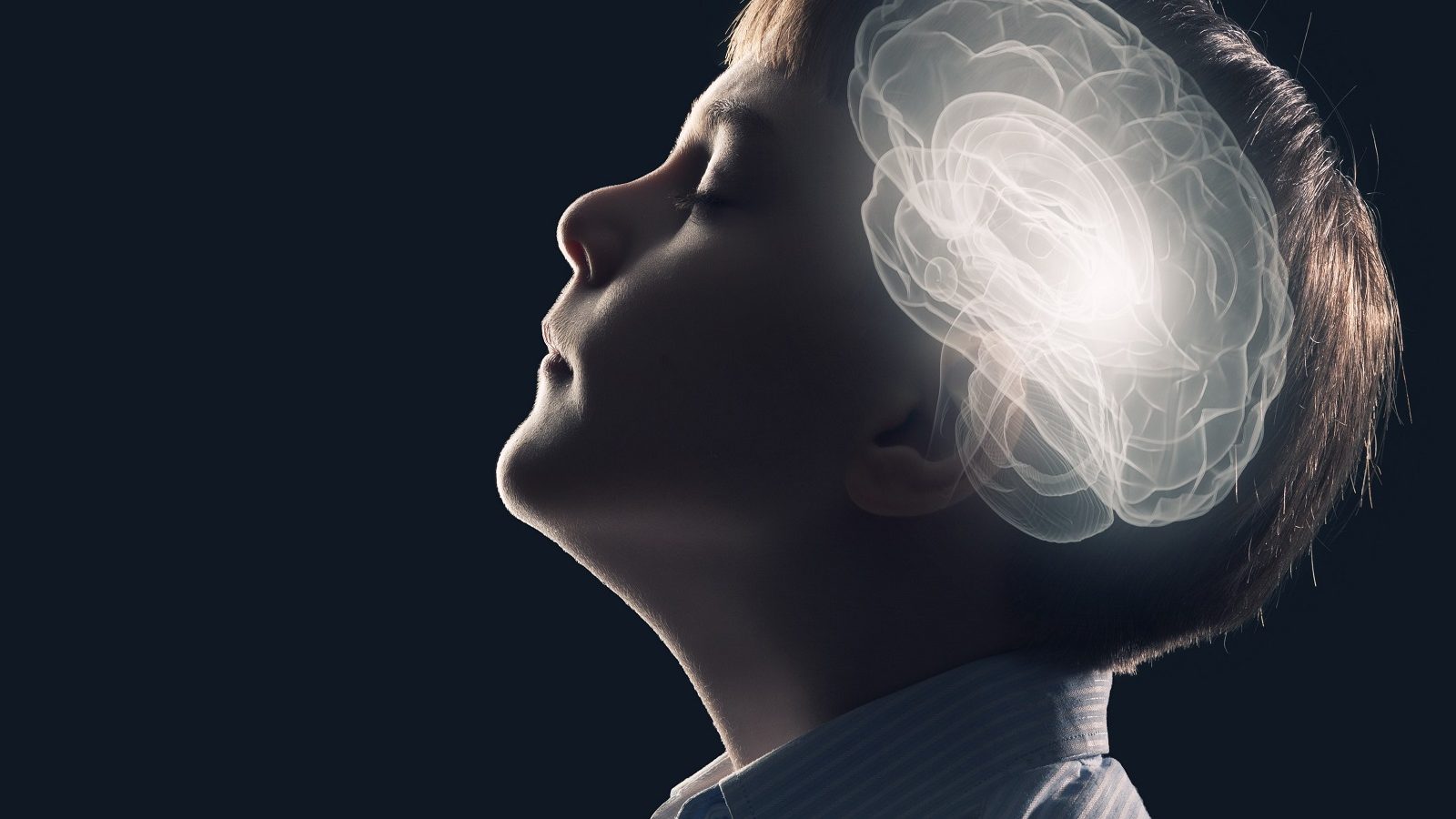 Families play a crucial role in not only developing one’s overall personality but actively influences adolescence psychological adjustment, problem-solving strategies, boosting self-confidence and abilities to set clear goals. The healthy functioning of these interaction patterns enhances the mental well-being of an individual.

Experts all over the world have noted that a vulnerable family environment (poor family functioning, low social support, and caregiver psychological distress) is an important predictor of children’s mental health needs. It also predicts them not having these needs met.

To mark mental health week, News 18 reached out to Reena Nath, a New Delhi-based psychotherapist and systemic family therapist. Nath has worked in several countries and oragnisations — the Marlborough Family Services centre, the Anna Freud centre, and the London Marriage Guidance Council, UK. She also offered group therapy in crisis situations in Punjab, Kashmir and Afghanistan, the latter under the United Nations. She has been secretary of the Indian Association of Family Therapy, a board member of the International Family Therapy Association and is currently on the board of the Journal of Family Therapy.

Edited excerpts from the interview:

With your vast experience in family therapy, do you think an abusive family environment affects a child’s growth- both mentally and physically?

Yes. Yes, of course, it does. An abusive family environment affects kids emotionally and academically as well. An abusive environment would include everything from physical violence towards the child or violence amongst the adults to verbal abuse. And I also want to add that harmful parenting practices might be negligence as well. For example, if a child is getting hurt and he/she is being denied medical treatment, this is a part of bad parenting. Not all bad parenting are abusive in nature, sometimes they may not be abuse in the active sense, but there would be negligence and they affect the children in different ways. Some kids grow up to become participants in violence or become abusers or they become victims and sometimes they have a bit of both. So those childhood experiences are carried on and continued in families. In some cases, these kids grow up to become anxious adults or they experience other mental health issues that prevent them from living a full life. It also affects their relationship with friends and partners eventually.

However, children are resilient, not every child who is exposed to some form of negligence or abusive family practices will develop in a negative way. Some of them stay healthy and become aware of things and make it the point that they should become better parents and partners. But especially at a very young age, abusive environments have a strong impact on children. However, even with good parenting practices sometimes people carry misguided notions. We know that we can grow up neurotics, if not more severely psychotic. But these things are within normal functioning with some dysfunctionality, which we all have but there is help available for it and it can be overcome.

So not only abuse coming from the family would affect a child, but abuse from the family’s environment can also lead to repercussions, especially if you are an immigrant or if you live in a very caste-ridden area, then the entire family is subject to abuse.

Amid a massive spurt in domestic violence cases, and prolonged isolation, How has the pandemic changed the family structure?

Pandemic has definitely impacted family dynamics, sometimes negatively as well. And particularly in families, where there are people that need to be taken care of or families with physically challenged or mentally challenged people. Due to prolonged isolation and lockdown, they couldn’t go out of the house which resulted in tension, stress, anxiety, and fatigue of months and months of unrelenting caring, I think affected people negatively. And I think within that pressure feeling there might have been violence, abusive practices going on. And due to scare of catching the disease there was nobody to help, nobody to intervene. People felt broken down, helpless and hopeless. In several cases people didn’t reach out for help, thinking what would anyone do in this situation.

But on the other hand, some families I spoke to, found that during the pandemic they came closer and felt more connected as there was outside world pressure, they did not have to deal with any part of the world. Some relationships have healed on their own with the lack of stress and hectic work hours. The rise in domestic violence could have happened in families where there was a carer and a patient that needed 24-hour surveillance.

Q. Would you share your social work experience of working in rural Haryana? And how was that different from working with Sanjeevani?

One of the biggest differences was the rural and urban setup. Sanjeevani was one of the first walk-in crisis intervention centre and that could have happened only in New Delhi in those years. So, we were dealing a stark difference of urban- a woke and more aware population as compared to the rural segment. In Sanjeevani people were ‘self-referred’, they heard about the centre and they decided to walk in whereas in the rural Haryana, Kashmir and Punjab, people had never heard of mental health issues, they were dealing with it but never knew what it actually was. It was a huge challenge to tell people that it is ‘Okay to talk’. In Haryana, we did not have direct access to patients but we reached them via healthcare workers who were remarkably good with their job. They were absolutely aware of the patients’ cases, which tremendously helped us in giving treatments. They were well aware of the patients’ family condition, they were empathetic towards them and all this was a huge welcome surprise for us. Meanwhile, in urban areas, we were still fighting the stigma around mental health. It was a huge deal for people to walk into a therapist’s centre and address their deteriorating mental health, unlike in rural spaces, people are much more isolated in urban areas and there is no sense of sharing and no sense of community.

In India’s context, has the scenario of mental health awareness changed in the past two decades? Do you see more parents bringing in their children for therapy sessions?

Absolutely, it has changed. Now, there is much more acceptance of getting help and there is a visible difference in saying that yes I have depression or I have anxiety or I need professional help to address my mental health. At Least now we know, if we are going through something, we have to head to a psychiatrist and not to a general physician, which was not the case 2 decades ago. However, the stigma is still prevalent, people who are manic-depressive or have mood disorders are still hesitant to reach out for help. Families who are nurturing a mentally disturbed girl or a boy, do not want them to step out of their homes, all this is because of stigma that surrounds mental illness.

Given your vast experience in the field of psychotherapy, How do you think Indian mental health infrastructure can be improved? And what role can the general public play?

First and foremost, we need to address the dearth of mental health professionals who are catering to a massive population. It is a serious issue, the government needs to increase the number of medical seats in psychiatry and they need to set up more colleges to encourage students to study clinical psychology, social work, and family therapy. Therapeutic intervention is another need of the hour, which should be available in every department of hospitals rather than one team of mental health experts for the entire hospital.

There is a lack of institutional support- insurance companies do not cover costs of mental health, so people do not even apply for it, and all westerners are covered for mental health under their insurances.

On organisational level, people are hesitant to go to their Human Resources asking leaves for mental health reasons, they will continue the grind until there is burnout, but they do not want a leave sanctioned in the name of mental health. Several people I have encountered believe that this leave could become a hindrance to their professional growth. In order to seek an overall infrastructural development, there is a need for structural changes on the ground level.

However, a few positive changes have been noted on the educational level, several schools now have counsellors on board, who help children in addressing issues, fighting stigma and finding solutions. Recently, a family was referred to me from their school after they had beaten up their kid, this was an interesting development and concrete example of change in the mental health scenario.

We also need more walk-in centres like Sanjeevani and government intervention in making these centres with the help of social groups and NGOs. This can make mental health treatments more affordable and more accessible. 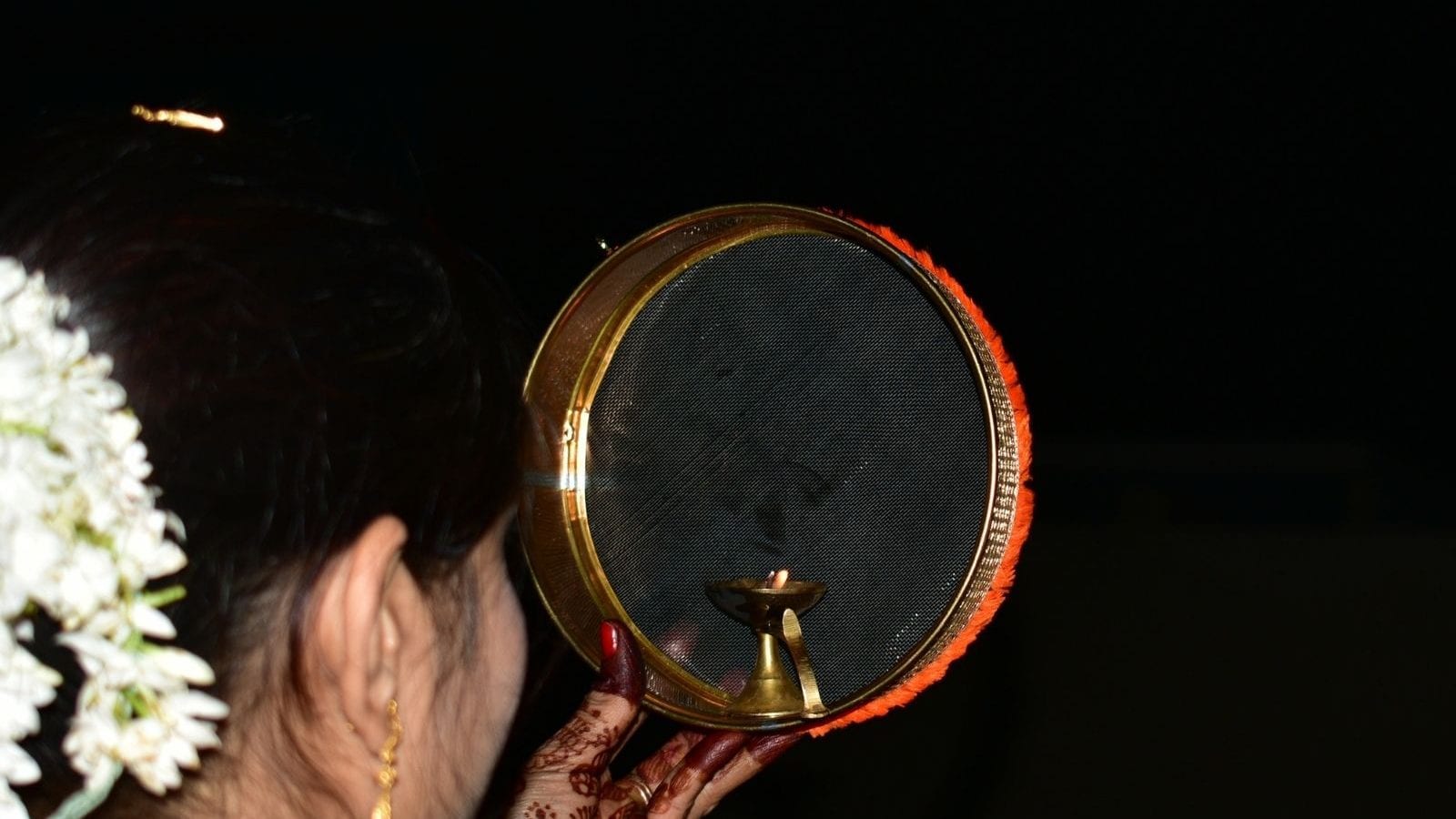 Karwa Chauth 2021: Why is it Celebrated, Story, Importance and All You Need to Know Karwa Chauth 2021: Here’s What to Eat and What to Avoid While Fasting 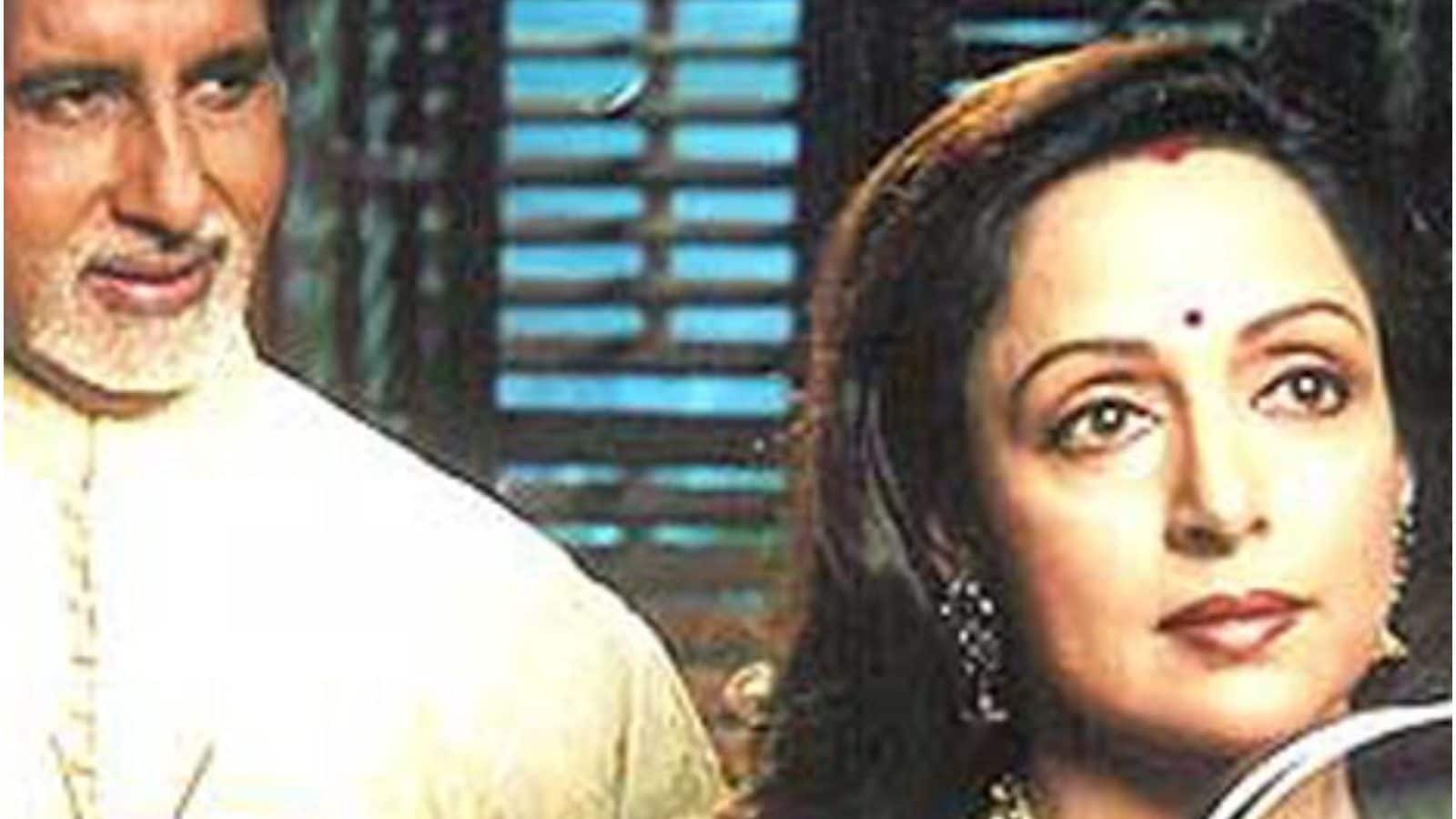 Karwa Chauth 2021: 5 Bollywood Movies that Captured the Euphoria of the Festival 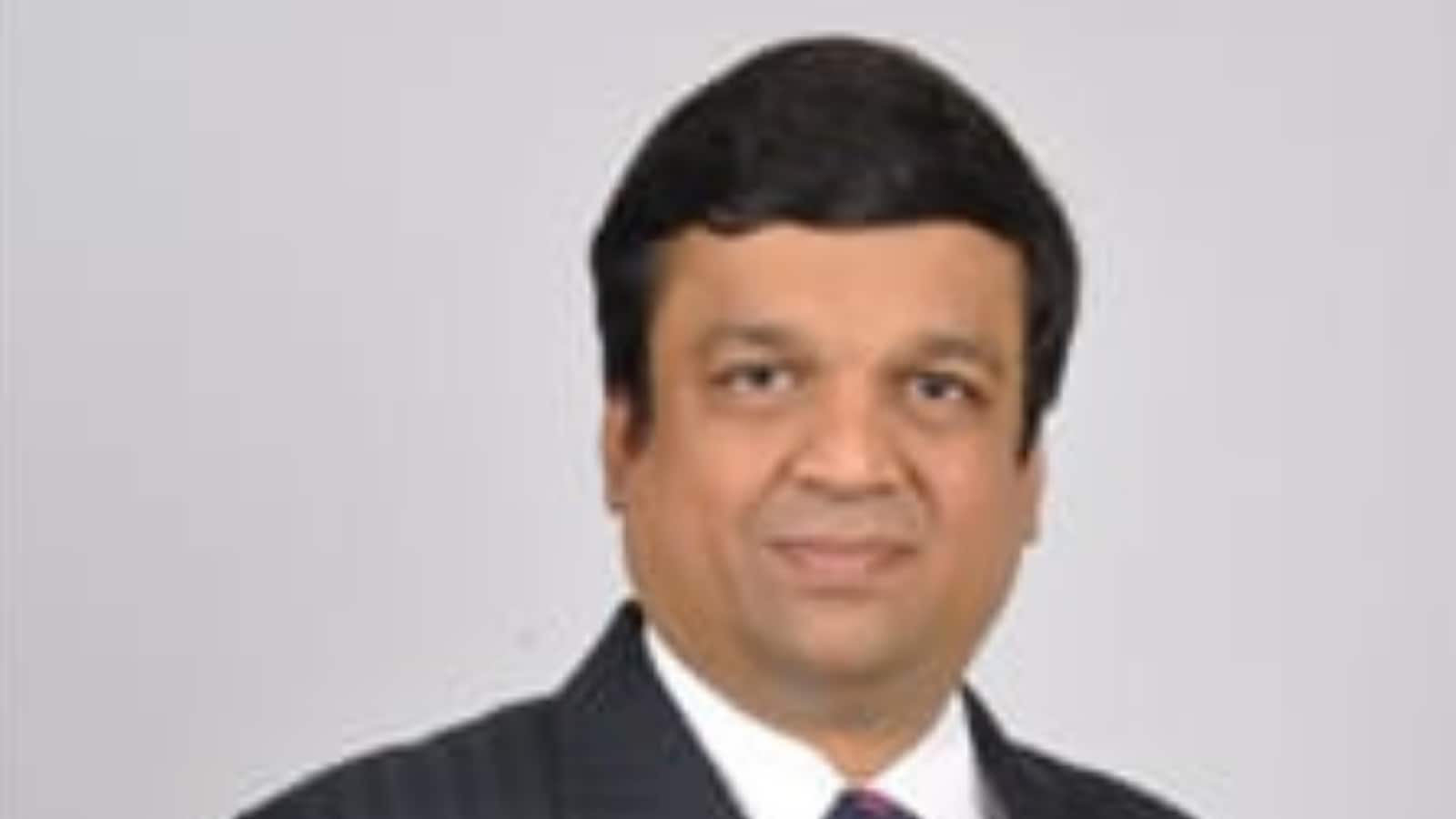 Ask The Doctor: Have We Staved Off The Third Wave or Will It Come?