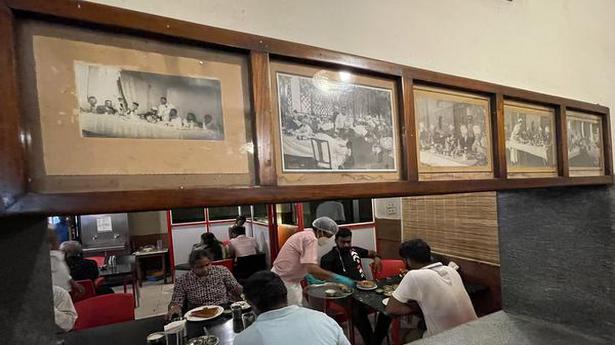 These eateries have been resilient to time, globalisation, and now a contagion, despite — or, perhaps, because of — their reluctance to change

For an eatery that’s nearly a century old, it’s remarkable to hear from its third-generation co-owner, Hemamalini Maiya, that it shut up shop only once before the pandemic. “During the emergency, the government fixed the prices, which were not sustainable. So, we used to put up a board that said, ‘Losses for the Day’,” she recalls. It was a snarky yet indirect protest.

Maiya attributes the brand’s longevity to its adherence to tradition. “It’s a nostalgic brand. When somebody from Bangalore enters MTR, they have memories associated with it. They don’t see much has changed at all. It’s the same kitchen, same floor, most of the kitchen staff are pretty old. The formulas and recipes haven’t changed. So they see a continuance of things. For the outsiders and new customers, every branch has boards narrating the history of MTR.”

But of course, quite a few things have changed at MTR. The cooking process, for instance. “It’s not easy anymore to find instinctive cooks who know the right amount of the ingredients. And, with more branches now, we have to be consistent. So, we’ve centralised our masalas. All our cooks are taught a standardised set of steps,” says Maiya.

These changes, however, aren’t apparent. For some of Bengaluru’s older generation, MTR is a part of daily life. Without a cup of coffee and a plate of idli, they find something amiss.

This routine, Maiya says, is gradually resuming. “Thankfully, we tided over the two waves. Hopefully, we don’t see another one.”

Nostalgia engulfs Anish Vakharia when he shares his earliest memories of Lakeview Milk Bar, which he now runs with his mother, Kalpana. His mind travels back to the early ’90s. He seldom went home after school. His father, Deepak, would take him to the main branch on MG Road — a quieter, uncongested, metro-free MG Road, which now exists only in photographs and memories of Bangaloreans belonging to Anish’s generation and the ones before his.

Lakeview was started in 1930 by James Meadow Charles. When India became independent, the Englishman sold the place to a 19-year-old Gujarati, Vrajlal Jamnadas. In 2001, his son, Deepak, took over the business. After his passing away in 2011, Anish and his mother have been looking after it.

In all these years, the ice-cream parlour never shut for a prolonged time. Until the pandemic, that is. “First time in ninety years! It was strange. Things were uncertain,” says Anish, “Business, at that point, wasn’t the top priority. We wanted everyone to be safe. But we reopened after the first lockdown to ensure uninterrupted, unreduced salaries to our staff.”

He observes a few changes upon reopening. “There’s understandably a lot more focus on hygiene. Deliveries have picked up. The elderly customers have significantly reduced. Because of the 9:30 pm curfew, we miss out on a lot of post-dinner crowds.”

Business isn’t back to what it used to be. But Anish knows it will slowly improve. For, there are others like him in Bengaluru for whom Lakeview was a part of their childhood.

The constant buzz of the crowds and the cramped space at Vidyarthi Bhavan in Gandhi Bazaar mightn’t necessarily evoke a sense of awe when one dines there. But this restaurant, older than this country, is still much sought-after. Its present owner, Arun Kumar Adiga, amazingly learnt that it’s pandemic-resistant too. “We are almost back to 90 to 100% pre-COVID level,” he says. “It was difficult to get adjusted to the new normal after the first lockdown. We made thermal scanning, sanitisation, and masks compulsory. Last year, we even installed table partitions to make people feel safer. But after the second lockdown, people seem to have adjusted.”

The restaurant gets about 1,000 customers on weekdays and more than 1,500 on weekends. During this year’s Ganesh Chaturthi, it got even more. And, mind you, a meal at Vidyarthi Bhavan isn’t easy. It’s almost perenially full. You have to wait until your name is called.

The location might be a reason. Gandhi Bazaar, after all, is a bustling neighbourhood. But then, not all eateries there have flourished like Vidyarthi Bhavan.

Why, then, do people keep thronging this decades-old modest eatery? Well, modesty itself is a reason. The owners considered demolishing the old building to have a two-storied one instead to accommodate more people. But they dropped the idea. “When I ask our customers what makes them come back to our restaurant, it’s not just the food, it’s their emotional connection with the place,” says Adiga. Hence, you will find the same marble-top tables, Mangalore-tiled roof, blue-shirted waiters, and most of all, the thick-yet-crispy benne dosa.

When Koshy’s reopened in October after the lockdown last year, historian Ramachandra Guha, one of Bengaluru’s popular residents, wrote about it in his column on The Telegraph. “I may die before my favourite café does. I can probably (just about) live without music, cricket, and even books, but life without Parade’s is impossible to contemplate.”

Parade’s because Guha and some Koshy’s patrons from his generation prefer to use its original name. PO Koshy, a Syrian Christian from Kerala, started a bakery in 1940. Twelve years later, it branched out into a restaurant on St Mark’s Road. Jawaharlal Nehru, Nikita Khrushchev, and Queen Elizabeth II, reportedly, are among those who have dined there.

Though most of its customers are from the upper or upper-middle class, the ambience of the place is far from solemn, especially in its non-air-conditioned portion. Santhosh Koshy, who runs the place with his brother, Prem, says, “We started the AC dining area, Jewel Box, for those who wanted fine dining. But a lot of them are fond of the noisier, non-air-conditioned part. Even I used to call it a market.” But he concedes people used to prefer the market-like buzz. For decades, it has been the meeting spot for lawyers, academics, students among others.

Due to its proximity to English media houses, Koshy’s is frequented by journalists too. This is perhaps why there were several reports and articles about its first-ever prolonged closure last year.

Koshy believes it would be at least two years for the business to return to the pre-pandemic level. He realises that patrons of his generation, who are in their 6os and 70s, are slowly fading away. But he’s hopeful. “Some of our customers, who first came here five-six years ago, now have young families. They bring their kids along. It’s nice to see the younger ones appreciate this old place.”

Faraz Ahmed, the present owner of The Only Place, prefers to count his blessings. His 56-year-old establishment managed to survive a pandemic that engulfed many businesses.

The restaurant on Museum Road, famous for its steaks, shut just for a while before opening for takeaways. The demand for deliveries was a revelation for Ahmed. “Steaks are best had at the restaurants; if you pack them home, it won’t be as good. So, we have never really focused much on deliveries. But we got plenty of orders during the pandemic,” he says. He also sent his non-kitchen staff for deliveries, so they got paid instead of third-party delivery apps.

While tracking the orders, Ahmed was also surprised at the extent of his customer base. “We assumed our customers were from Koramangala and Indiranagar. But we got orders from all parts of Bangalore, stretching from Yelahanka to even Jayanagar and JP Nagar, which I thought were hardcore vegetarian areas.”

Like other legacy restaurants in the city, The Only Place is reluctant to change. “When you have a heritage place like Koshy’s, MTR, or The Only Place, people don’t come for the new things; they come for that thing that’s always been there,” says Ahmed, “People occasionally ask me, ‘Why don’t you open a new place?’ I tell them, ‘It’s called The Only Place. The name itself stops me from doing so.'”

During the pandemic, barring a few days, people could eat their favourite dishes from restaurants as takeaways were allowed. But it isn’t just about what you eat; it’s also about where you eat. And, it’s especially true for places like Airlines Hotel on Lavelle Road. It was possible to order its khara bhath and uddina vada for breakfast. Its owner Diwakar Rao says deliveries have significantly increased over the last year. But the canopy and company of its old trees were missed. The USP of Airlines Hotel is not its food; it’s its ambience.

Airlines is the city’s first drive-in restaurant. Initially, it served predominantly South Indian food. Then, it added North Indian food. Now, you also get pizzas (from Pizza Stop), ice creams (from Corner House), and pastries within its premises. There was a brief thought of covering their open-air dining area to make it monsoon-proof. But Diwakar Rao, its owner, realised that would have killed the identity of the restaurant.

“The open-air dining is what makes us stand out,” he says. It was also what lured customers vary of indoor dining after the lockdowns. “Sometimes, they get a little too carefree. And we have to request them to maintain distance and wear masks.”

But it didn’t take long for the customers to return to Airlines after the lockdown. “Bangalore, and South India in general, cherish tradition and nostalgia. We keep seeing people who say, ‘My grandfather used to bring me here.'” 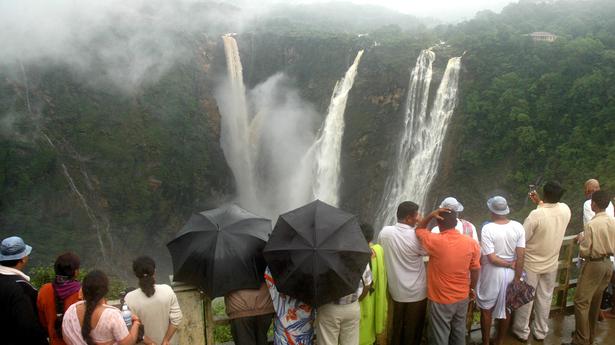 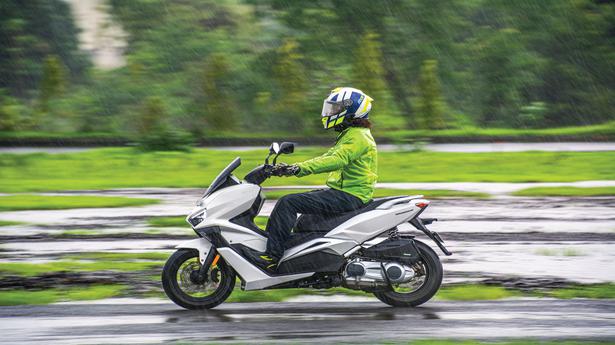 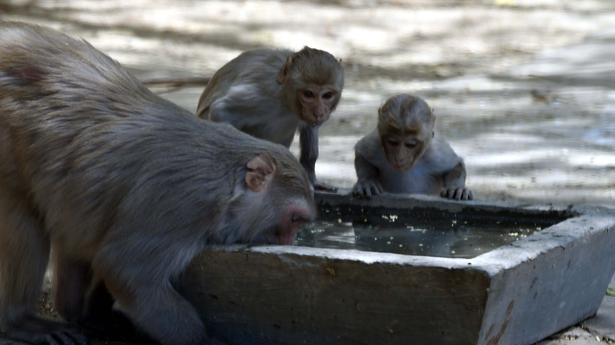 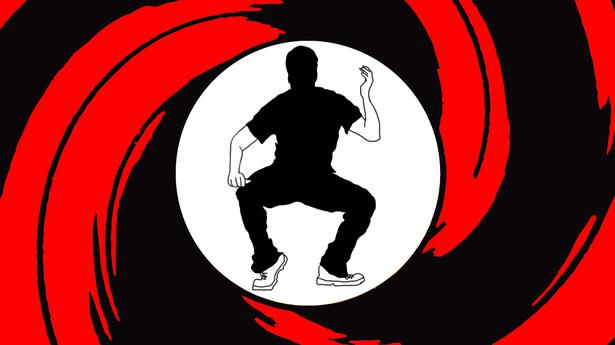