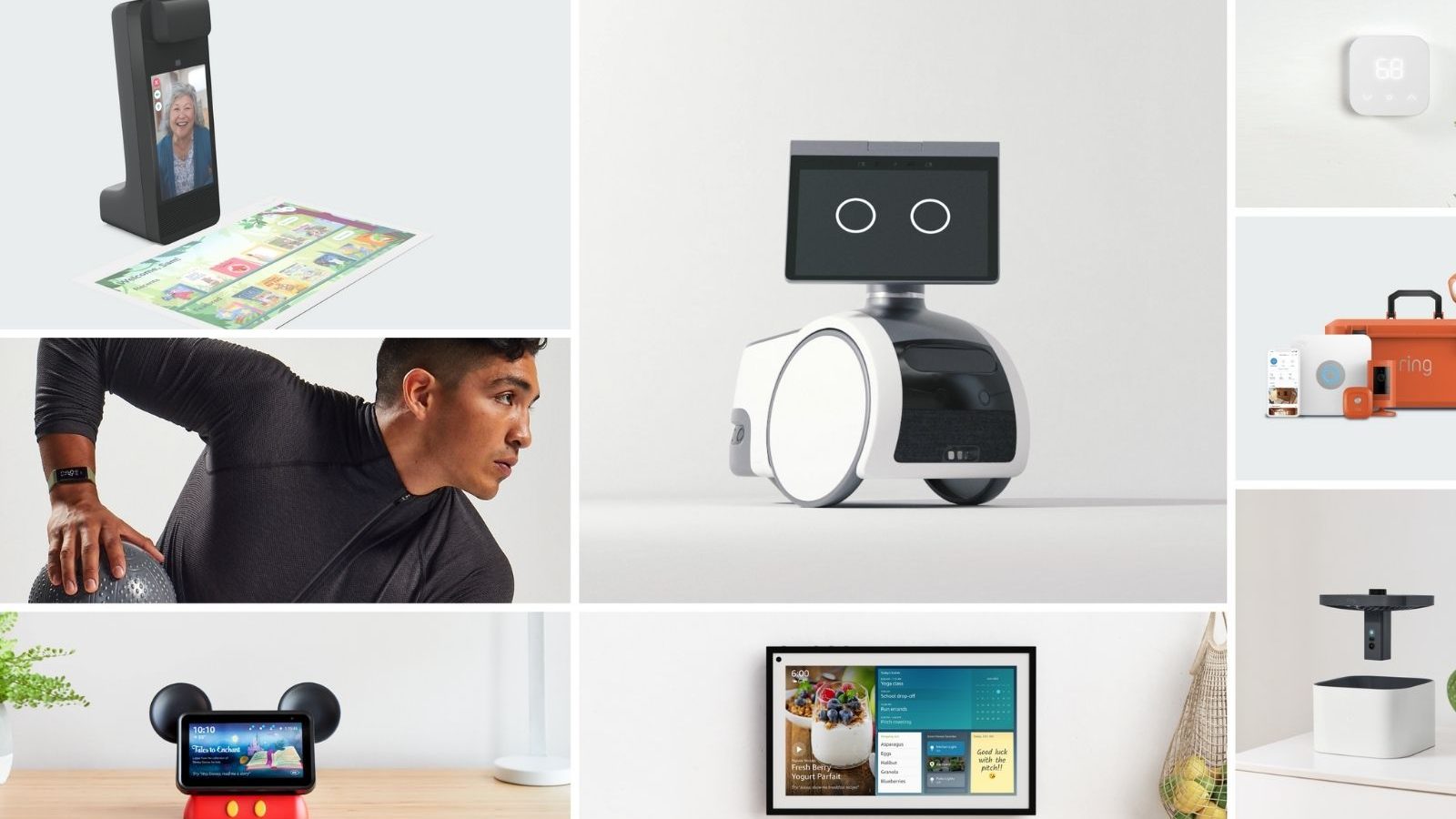 The most unusual device Amazon launched last night was its Astro home robot. The Alexa-powered robot combines computer vision, artificial intelligence, Alexa, and Ring technologies to become a rolling digital companion. The idea behind Astro is to solve the problems that come with stationery smart products, allowing for easy communication for the elderly or disabled. Astro can be used to check on rooms in a house, people, and pets while users are away. The robot is designed to drive around your house without banging into walls or furniture. It also comes with mannerisms like eye expressions, screen motion, and the ability to speak. The robot uses a built-in periscope camera for taking a look around the house, and uses a rotating screen for displaying expressions and information. Like other smart products, the microphone and cameras on Astro can also be switched off. Amazon Glow is a whole new video calling device, made with keeping kids in mind. The Amazon Glow is a 14-inch tall freestanding interactive device with an 8-inch display. The Amazon Glow allows kids to make fun video calls to their loved ones. The device allows users to project 19-inch interactive puzzles, stories, or allows kids to engage in drawing activities on a 22-inch mat. All this, they can to with the person they are connected on video call with. Amazon has collaborated with some of the biggest child entertainment companies like Disney, Sesame Street, and Nicklodeon to create original content for the Glow. The Amazon Glow is also priced at $249.99 (roughly Rs 18,500) and comes with a may, a mat case, 1 year of Amazon Kids+, and is bundled with Tangram Bits. The Always Home Drone camera from Amazon-owned Ring was the centre of attention during Amazon’s event last year. The company has this year brought back the Always Home drone camera, and says that it will start shipping soon for $250 (roughly Rs 18,500). However, it will be invitation only. The idea behind the camera is to use active sensors and a ‘dedicated neural processing unit” to pick up on noise or activity within a user’s home, and then automatically flies out of its docking station. The docking station also blocks the camera when the drone is resting. The drone camera will take rounds around your house to give you a real-time feed of what’s going on in your house.

Amazon also launched its first smart thermostat. The Amazon thermostat comes with a simple design and uses Honeywell’s Home Thermostat Technology. The device has been priced at $59 (roughly Rs 4,400) and works with most existing HVAC systems to accomplish the standard thermostat tasks like setting routines in your home on when to lower or increase the temperature.

Apart from Ring, Amazon also owns security solutions brand Blink, and the company last night launched a new Blink Video Doorbell that is priced at $49.99 (roughly Rs 3,700) and can be installed wired or wire-free with the ability to enable two-year battery life. There is 1080p HD day and night video, two-way audio, chime app alerts, and the ability to connect to and sound your existing in-home chime.