Will try and finish any acquisition in two years: Defence Ministry 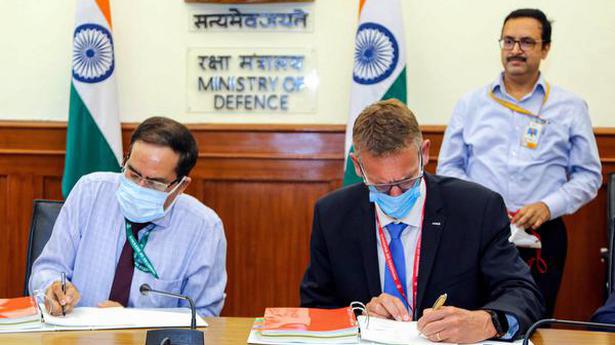 
The Ministry of Defence (MoD) will try and complete acquisition of any defence equipment in two years, from the current average of 3.5 years, as long as there is no research and development involved, Additional Secretary and Director General Acquisition in the Ministry V.L. Kantha Rao said on Tuesday.

“Our average is about 3.5 years and to bring it to two years takes a lot of changes in the procedures,” Mr. Rao noted at the Annual Session of the Society of Indian Defence Manufacturers. For this, time lines for various steps like Acceptance of Necessity (AoN), trial methodology and benchmarking of price of equipment were being advanced.

Stressing on cutting down time in cost negotiations before the final deal is reached, he stated, “We will do beach marking of cost well in advance to save on time when bids are opened.”

Of all the AoN cases under progress, ₹5.7 lakh crore were from domestic players, while ₹2.11 crore worth projects were under the import route, he highlighted. On the issues impacting indigenisation in defence, he observed that they were not able to give a clear procurement priority signal to the industry.

Mr. Rao emphasised that given the urgency in deals, there wasn’t time given to domestic production capability. “Other means of procurement like Inter-Governmental Agreements (IGA), follow-on orders and optional clause enhance the risk to development of domestic capabilities,” he added.

Addressing the event, Defence Minster Rajnath Singh outlined the reforms undertaken to promote domestic manufacturing and reduce imports that include earmarking 64.09% of the total Capital Acquisition Budget for 2021-22 for domestic capital procurement and 15% of capital procurement budget for direct procurement from the private sector.

Due to various steps, defence exports have crossed the ₹38,000 crore mark in the last seven years. The draft Defence Export Promotion Policy was under discussion to further boost exports, he added.