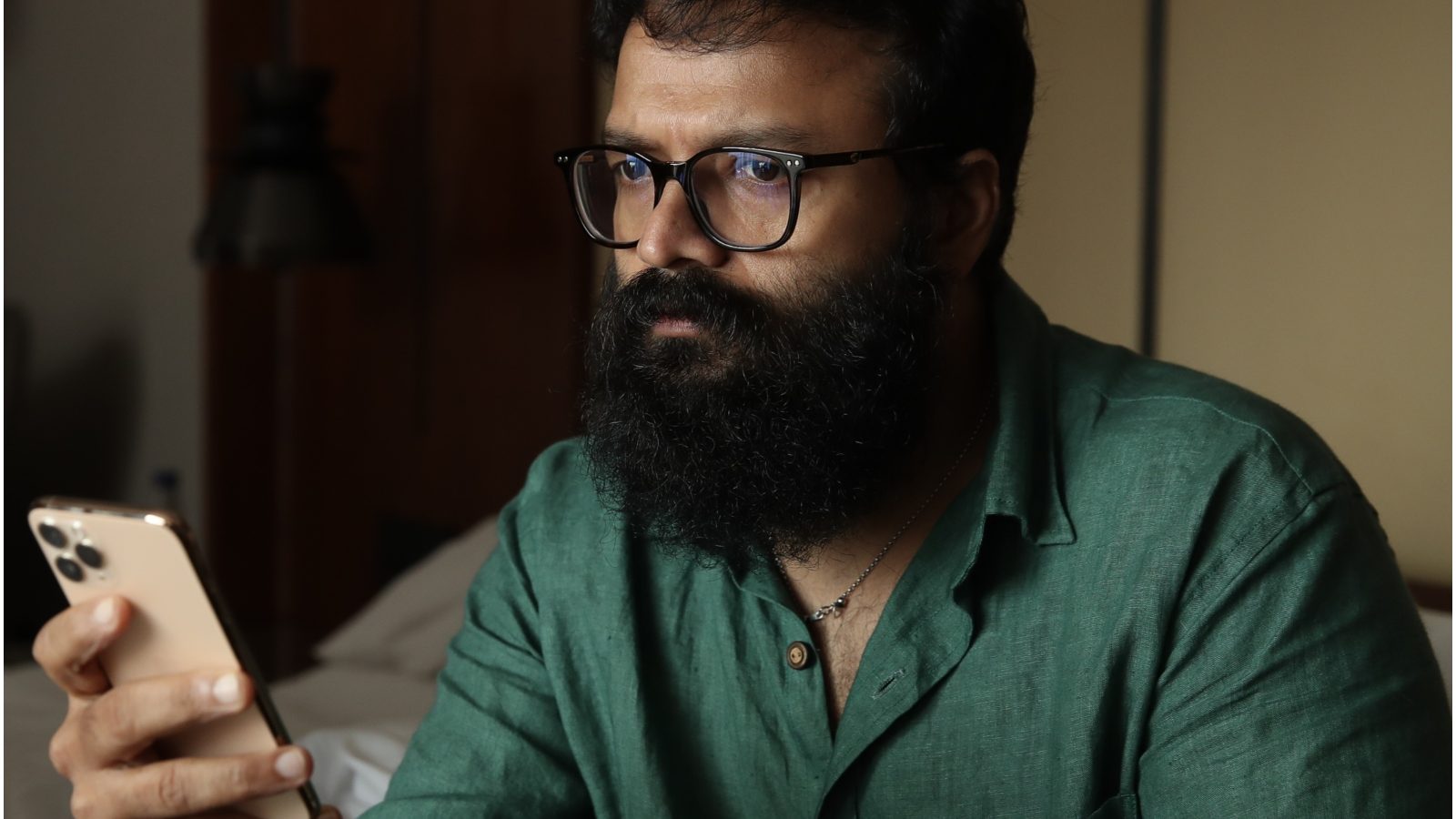 Life is seldom uneventful. There are ups and downs, there are sharp curves and there are dramatic moments, some exciting, some tragic. This is where Ranjith Sankar’s Sunny, just out on Amazon Prime Video, falters. There is hardly a screech in this Malayalam work of close to a runtime of two hours. And with largely a single actor hogging the screen time, the film tends to get monotonous.

Admittedly, there have been movies in the past with a single character, including Sunil Dutt’s Yaadein, which opened in 1964. In black and white, it traces the soliloquy of a man who comes home and finds that his wife and son are not there. He begins to imagine that they may have left him, and starts reminiscing about his life without them.

In Sunny, the titular character, played by a heavily bearded Jayasurya – and masked as well, for these are times of the Coronavirus – returns to Kochi (Cochin) from Dubai. He has to have a compulsory quarantine, which means that he cannot step out of his hotel room for several days. Of course, he has plenty of money, although we are told that he suffered huge losses in business having been cheated by his partner (yawn, the same old story). He checks himself into a plush hotel, in a suite, which was once occupied by AR Rahman. Sunny himself was a musician, composing lyrics and scoring them. Maybe, he also sang.

But after his wife Nimmi (Sshivada; we merely hear her voice on Sunny’s mobile phone) leaves him, he decides to come back to Kochi. But the hotel isolation kills him, and when he runs out of his liquor stock, and the hotel says it cannot get him any, he is raving mad and even plans to jump off his balcony, when he hears and sees Adithi (Shritha Sivadas), who is just one floor above his. “Are you planning to commit suicide”, she asks him, and this intervention stops him.

There are conversations with his former wife, who is just about to give birth to their child, lawyer and friend – all on the phone.

But all these appear rather flat and hold very little interest. My attention began to waver midway, and with just Jayasurya to watch the entire time, the movie boils down to an experiment that does not quite take off, despite a promising premise of a man who is depressed because his wife left him, frustrated about his financial losses and terribly lonely, “imprisoned” as he is within the four walls of the hotel room.

A few flashbacks of Sunny’s life before the quarantine may have lifted the narrative, and could have made it gripping. Instead, what we get is a plateaued story of an unhappy man. Really, nothing elevating about this. Jayasurya is disappointing as well. Cannot blame him, for the writing offers little scope.

(Gautaman Bhaskaran is an author and a movie critic)