HomeNewsExplained | What are the government’s objections to a caste census?
News

Explained | What are the government’s objections to a caste census? 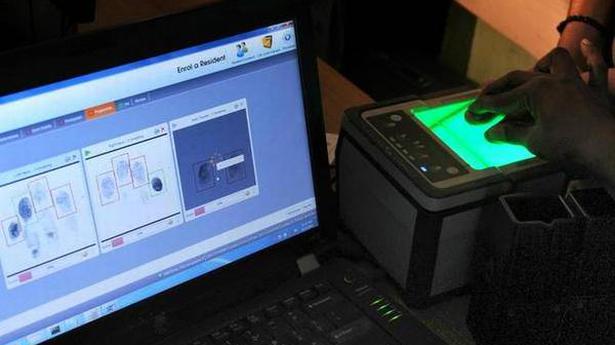 The govt has cited numerous administrative, operational and logistical reasons to argue that collecting caste data during the 2021 Census is unfeasible and attempting it could endanger the census exercise itself

The Story So far

In an affidavit filed in the Supreme Court on September 23, the Union government has categorically ruled out conducting a Socio-Economic Caste Census (SECC), stating that a caste census (except that for the Scheduled Castes and Scheduled Tribes done traditionally) was unfeasible from an administrative point of view.

Why did the government file an affidavit in the Supreme Court regarding the caste census?

The government’s affidavit was in response to a writ petition by the Maharashtra government seeking directions to the Central government to collect data on Backward Class of Citizens (BCC) of rural India during the enumeration of the 2021 census. The petition also wanted the Centre to disclose the raw caste data on other backward classes (OBCs) collected during SECC-2011.

What is the substance of the Centre’s affidavit?

The government’s affidavit covers three different aspects of the caste census issue, as reflected in the writ petition. It first explains why it cannot make public the caste data collected under the SECC-2011 census. Then it argues that the judiciary cannot direct the government to conduct a caste census because it is a “policy decision” not to do so, and the judiciary cannot interfere with government policy. And finally, it elaborates on why it is neither practical nor administratively feasible to attempt a caste census.

What is the status of the data collected under the SECC-2011 census?

In its affidavit, the government acknowledges that the SECC-2011’s caste data of 130 crore Indians have been with the Ministry of Social Justice and Empowerment for five years. Due to flaws in the data, it was decided to form an Expert Committee headed by the then Vice-Chairman of the NITI Aayog Arvind Panagariya. But since other members of the Committee were not named, the Committee never met, and as a result, no action was taken on the raw data to collate it into publishable findings.

Why won’t the government make public the raw data of the 2011 caste census?

The flaws in the data stem primarily from the fact that no registry of castes was prepared before conducting the 2011 caste census. This resulted in mistakes by enumerators, who spelt the same caste in dozens of different ways. With no consistent way to aggregate or segregate same or similar castes with variant spelling, the number of caste categories ballooned. In Maharastra, for instance, the existing SC, ST and OBC categories as per government records are only 494. But the 2011 caste census yielded 4,28,777 castes. While the State’s population was 10.3 cr, about 1.17 cr (11.2%) were found to be of ‘no caste’. Also, 99% of the castes enumerated had a population of less than 100 persons. At the national level, whereas the total number of castes as per the last caste census of 1931 was 4,147, the SECC-2011 showed the presence of 46 lakh different castes. Since the total number cannot be “exponentially high to this extent”, the government has said that this entire data set is flawed and the census unreliable, rendering it unusable for the purposes of reservations and policy. For these reasons, it has refused to make public even the raw caste data of the SECC-2011 census.

What reasons has the government cited for not counting castes along with the regular 2021 census?

The government has cited numerous administrative, operational and logistical reasons to argue that collecting caste data during the 2021 Census is unfeasible and attempting it could endanger the census exercise itself. It begins by pointing to the difference in caste categories according to different lists. While the Central list contained 2,479 OBC castes, there were 3,150 OBC castes as per the lists of all the States and Union Territories taken together. If a caste-related question is included, it would “return thousands of castes as the people use their clan/gotra, sub-caste and caste names interchangeably”. Since enumerators are part-timers with 6-7 days training and “not an investigator or verifier”, the affidavit states, “it would be difficult to meaningfully tabulate and classify caste returns”.

Secondly, the preparatory work for a census starts three to four years earlier. As for the 2021 census, the questionnaires have already been finalised and field tested. It is, therefore, not feasible to add additional questions about caste at this late stage. Third, unlike in the case of SCs/STs, there is no Constitutional mandate for the Registrar General and Census Commissioner, India to provide the census figures of OBCs/BCCs. And lastly, it has cited the 2014 Supreme Court judgment setting aside two orders of the Madras High Court directing the Centre to conduct a caste census. As per this SC judgment, what information to collect in a census is a policy decision of the government, and while the court may find a certain policy untenable, it was “legally impermissible” for the court to dictate to the government what policy it ought to follow.

Apart from feasibility, what are the other arguments of those opposed to a caste census?

The main arguments of those opposing the caste census are as follows: since the ultimate goal is to move towards a casteless society, a caste census will only end up entrenching caste even more, and thereby increase divisiveness in society. Also, the exercise of enumerating castes is vulnerable to misuse, with people likely to deliberately misstate their caste identity, either with an eye on welfare benefits, status reasons or other pressures, leading to inaccuracies in data. If collecting accurate data is impossible, then it makes no sense to invest in such an exercise. Finally, counting castes and the collection of caste-wise data would give fresh ammunition to certain vested interests and political groups, encouraging them to demand more benefits, such as reservations, and exacerbate social unrest and resentments.

What are the arguments of those demanding a caste census?

Political parties batting for the caste census cite the need for caste-wise data to justify the extension of reservations to various communities. On the other hand, there is also a large body of scholarly work, done by sociologists, political scientists, historians and development economists, which bypass the welfare argument to assert that India’s fundamental mistake in its battle to overcome caste was not doing a caste census. According to these scholars, formal blindness to caste in a casteist society results in a denial of the web of caste-based privileges that continue to funnel opportunities to those at the top of the caste hierarchy. The point out that while the very term ‘caste’ has come to be associated with ‘lower castes’, SCs or OBCs, the upper castes tend to appear ‘casteless’. They argue that in order to abolish caste, it is essential to first abolish caste-derived privileges, and in order to do that, the State must first map castes and their socio-economic status privileges/deprivations, which is what a caste census seeks to do.

Does a caste census enumerate only OBCs or all castes?

The 2011 caste census collected data on all castes, and not just of the OBCs. Though the demands of OBC-dominated political parties typically focus on expanding the socio-economic mapping of the census from SCs and STs to also include the OBC castes, they want the caste census to cover the upper castes as well.

How credible are the government’s claims that a caste census is administrative and operationally unfeasible?

According to those who are pro-caste census, the government’s claims do not stand scrutiny. They cite the example of the census’s experience in collecting religion data, which debunks some of the arguments made in the affidavit to reject a caste census. The large (and differing) number of religions returned did not pose a problem in collation and tabulation, and contrary to fears that it would promote divisiveness, it generated information that helped counter communal narratives of ‘minority-appeasement’ by showing the actual extent of deprivation among minorities. They argue that if the enumeration is preceded by the creation of a caste registry, to be prepared by a committee of experts, and the addition of a follow-up question to minimise name duplication, then the recent advances in database management technology should make it more than feasible to collect and tabulate vast quantities of raw caste data.

Opposition parties have criticised the government’s stand, with three State Chief Ministers — Bihar CM Nitish Kumar, Jharkhand CM Hemant Soren, and Odisha CM Naveen Patnaik — reiterating their support for the caste census. The BJP does not want to be seen as opposing the caste census. So the Opposition, especially the regional caste-based parties, can be expected to keep reiterating their demands for a caste census, which has, in the electoral context, become inextricably mixed up with the question of OBC entitlements.