Canada decision on Huawei in a few weeks: Trudeau 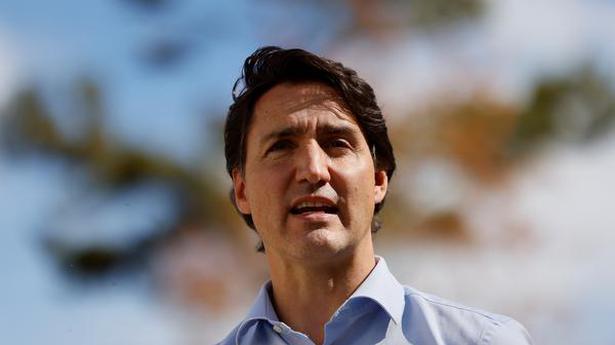 Canadian Prime Minister Justin Trudeau said Tuesday that Canada will decide within weeks whether to allow Chinese tech giant Huawei into the country’s next-generation 5G wireless networks and noted that major telecommunication companies have already started to remove Huawei from their networks.

Canada and its security agencies have been studying whether to use equipment from Huawei as phone carriers prepare to roll out fifth-generation technology, which is designed to support a vast expansion of networks to facilitate medical devices, self-driving cars and other uses.

Two of Canada’s three major telecommunication companies have already said they’ve decided not to use Huawei for their 5G networks. Bell Canada has said Sweden-based Ericsson will be its supplier and Telus Corp. has said it has selected Ericsson and Nokia. Rogers already has a longstanding partnership with Ericsson.

“We have actually seen that many Canadian telecommunications companies, if not all of them, have started to remove Huawei from their networks and are moving forward in ways that doesn’t involve them as a company,” Mr Trudeau said at a news conference.

“We continue to weigh and look at the different options. We will no doubt be making announcements in the coming weeks.” The Canadian government is studying the use of Huawei as Canada and China are coming off a dispute that Canada’s foreign minister has said the country will never forget.

China’s imprisonment of Canadians Michael Kovrig and Michael Spavor was widely seen as retaliation for the arrest in Canada of Huawei senior executive Meng Wanzhou on a U.S. extradition warrant.

China released the pair Friday after Ms Meng reached an agreement with U.S. federal prosecutors that called for fraud charges against her to be dismissed next year and allowed for her to return to China.

Many countries labeled China’s arrest of Kovrig and Spavor as “hostage politics,” while China has described the charges against Huawei and Meng as a politically motivated attempt to hold back China’s economic and technological development.

Huawei is the world’s biggest supplier of network gear used by phone and internet companies, but U.S. authorities have long seen it as a front for spying by China’s military and its security services — allegations the company denies.

The U.S. has urged Canada and other countries to exclude Huawei equipment from its next-generation wireless networks. The United States and Australia have banned Huawei.