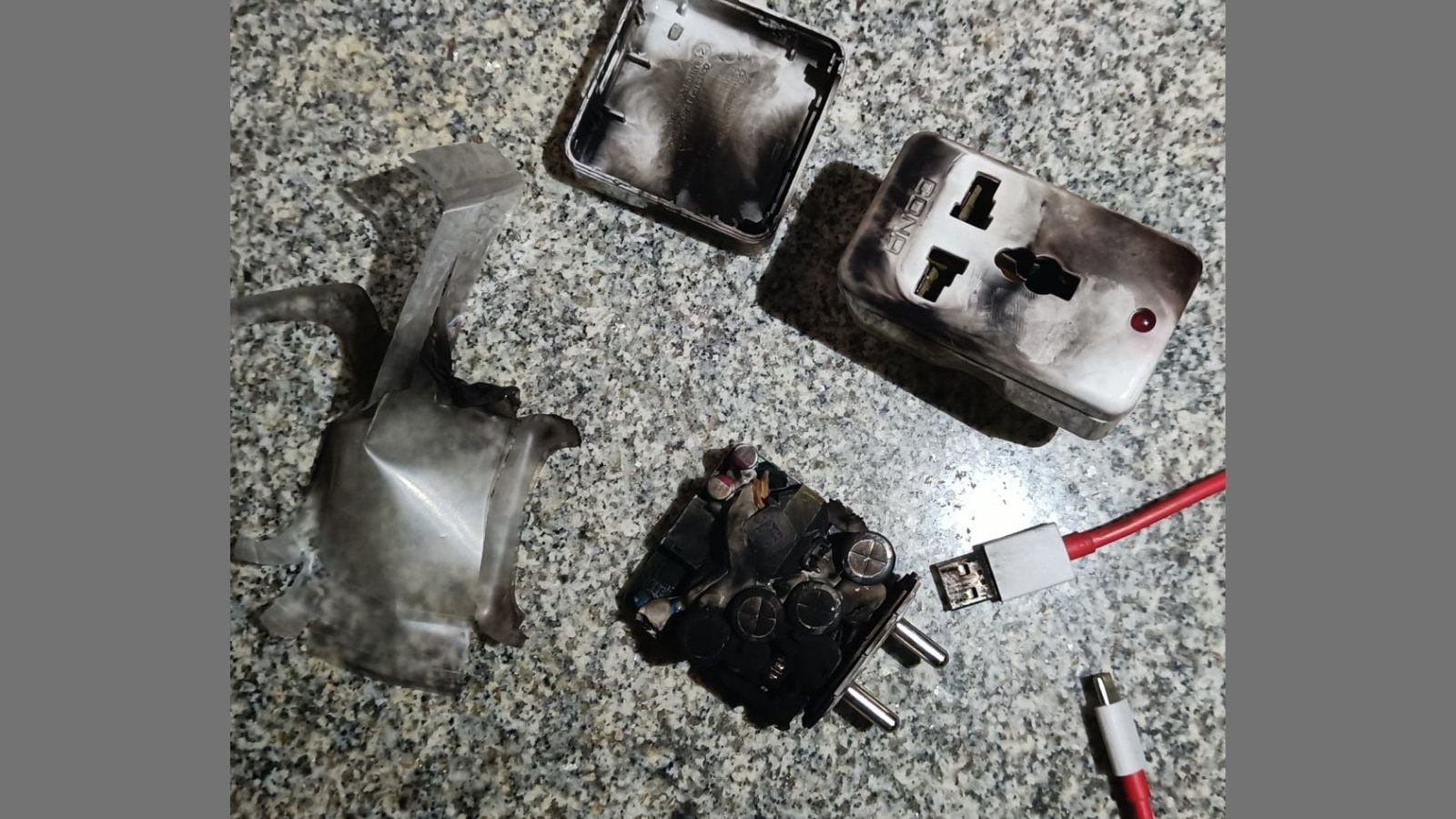 
OnePlus seems to be in trouble with its OnePlus Nord 2 5G smartphone. Soon a Delhi-based lawyer’s OnePlus Nord 2 5G exploded in his pocket, a case has emerged in Kerala where a user’s OnePlus Nord 2 5G charger allegedly exploded when it was connected to a socket. The user posted a Twitter thread detailing the incident. OnePlus has acknowledged the incident but has once again said that there are no faults with the device and that this time too, there were external factors involved like voltage fluctuations.

This time, a Kerala-based software engineer is an affected customer. Mr Jimmy Jose, who posted on his Twitter about his OnePlus Nord 2 5G charging brick exploding all of a sudden. The user said that the explosion cased a “huge sound” and “blew up” the socket that it was connected to. The smartphone, however, was still working, the OnePlus Nord 2 5G user said. The user said that he did not sustain any serious injuries but was in shock. The software engineer said that when he contacted OnePlus about the issue, the company asked him to visit a customer care center. After the user submitted the charger, he was told it could have happened due to a power surge. “Maybe I should get a voltage stabilizer to charge my phone,” the affected user said. OnePlus did replace the user’s charger.

The user said that even the follow-up call from OnePlus technicians told him that this was due to an issue with the switch panel/ socket and is due to a short circuit. He also said that the technicians said that it wasn’t an explosion.

OnePlus, in a statement to News18, said that it takes these claims very seriously and that the user has been offered a replacement. The company also tried to explain how the problem could have been due to an external factor. “OnePlus chargers contain built-in capacitors which control and store energy. In this case, after a thorough analysis, the capacitors have remained intact concluding that the blast has been caused by external factors such as voltage fluctuations.” OnePlus further urged users to follow the safety precautions and warnings in the user manual.

This comes just a couple of weeks after a Delhi-based lawyer’s OnePlus Nord 2 smartphone exploded in his pocket. The incident, which happened in the lawyer’s office. In that incident as well, the affected user was not satisfied with OnePlus’ response to the issue and said that he will initiate legal proceedings against the company. The Delhi-based lawyer even claimed to have sustained injuries after his OnePlus Nord 2 5G exploded. Later on, OnePlus sent the Delhi-based lawyer a legal notice, asking him to refrain from defaming the company and take down the posts from his social media.

Earlier, a similar incident occurred in Bengaluru, when a OnePlus Nord 2 5G exploded in a woman’s sling bag. OnePlus had back then said that the explosion occurred due to external factors and not due to any manufacturing or design flaws.