It’s official. No superstar (apart from Ranveer Singh) would be seen at the big screen with their new release in 2020. Even though theaters have opened, top Bollywood stars and superstars are still shying away from bringing a film of theirs in theaters.

The ones who are now willing to wait for the next year are Akshay Kumar, Salman Khan, Aamir Khan, John Abraham and Kartik Aaryan.

Also READ| OTT Round- Up Of The Week: It Has Been A ‘Scam Filled’ Week With Harshad Mehta, Vijay Mallya, Nirav Modi And Subrata Roy

Earlier it had seemed that Akshay Kumar would bring his Sooryavanshi this Diwali. The release date was announced as well by Reliance. However, with theater opening getting delayed to mid-October and Maharashtra yet to decide on the eventual ‘unlocking’ of the cinemas, a decision was taken pronto that the Rohit Shetty directed action-drama-thriller would now be seen only in 2021.

However, there were still hopes centered on Laxmmi Bomb. After all, this is going to be the first OTT release post the opening of cinemas, which means there was always a possibility of parallel release on the big screen as well as the digital medium. That is not going to happen either though as the OTT agreement is water tight, as a result of which it is going to be an exclusive release on Disney + Hotstar for the horror comedy with not even an iota of possibility for any sort of theatrical screening.

No wonder, decision was already taken by some of the other superstars well in advance. Even though Aamir Khan and Kareena Kapoor Khan have completed the shooting of Laal Singh Chaddha earlier this week, the release would only take place in 2021. As a matter of fact once the lockdown was announced, the makers of the Forest Gump remake had indicated that Christmas 2020 won’t mark the arrival of the film. Still, since there are still two more months to go for that, one hoped against hope that the open slot may well be used by Aamir Khan.

Well, such is the scare of the pandemic that the superstar has let go of his favorite release date (Aamir loves to come on Christmas, case in point being Dangal, PK, Dhoom: 3 and 3 Idiots) and is now picking the next best slot for 2021.

Even Salman Khan is in no hurry. He missed his favorite Eid date for the release of Radhe. However, he recently wrapped up the shoot of the action entertainer with his Dabangg 3 and Wanted director Prabhudheva. Other than Aamir Khan, he too loves the Christmas slot when it’s available. After all, it wasn’t long ago when he delivered a mega blockbuster in the form of Tiger Zinda Hai on Christmas. However, he too has decided to wait for a little while longer before he arrives with his ‘masala’ entertainer. Will it be Eid 2021 for Radhe? Let’s hope for that!

Also READ: Bollywood Loses Over 2000 Crores In Six Months Due To Lockdown

Another star who had some major plans for 2020 is John Abraham. Had things gone as per plans, he would have had three releases in a matter of 100 days – Mumbai Saga, Attack and Satyamave Jayate 2. However, the advent of pandemic meant that Satyamave Jayate 2 shooting would begin only now in the coming week, while Attack would resume once decks would be cleared for the action director to fly down from abroad (which would now be in the first quarter of 2021).

Meanwhile, just a week’s work on Mumbai Saga is left and that would be completed by mid-November. That could well have allowed the Sanjay Gupta starrer gangster drama to release in Christmas, had the post production work been hurried up. However, there are no such plans to do that currently as this ‘made for big screen’ masala flick would rather polish itself up well and arrive in 2021 than go through a hurried approach. John Abraham is not complaining either and is willing to bring his entire suite of films in 2021 now.

As for Kartik Aaryan, he had two films in different stages of production, Bhool Bhulaiyaa 2 and Dostana 2. While former is nearing the finishing line, latter has some work left before it can step into the post production. He would resume shooting for the Anees Bazmee directed horror comedy in January. As a result, arrival of any film in 2020 would be ruled out for Kartik Aaryan who now has five films at different stages of production, the other three being Shashank Khaitan’s next, Om Raut’s next and remake of Allu Arjun’s Ala Vaikunthapurramuloo.

That means the only superstar who would be seen at the big screen this year is Ranveer Singh, whose ’83 would be hitting the screens on Christmas 2020. At least that’s how the plans look like for the Kabir Khan directed film, though one would still tread the path cautiously. Audience response over next couple of months would be looked at very carefully and the final decision could well be announced by 15th November. After all, the biggie based on India’s famous World Cup victory in 1983 needs a good market campaign as well and that would require a month.

The first major release before the close of an eventful year deserves that as well. Here is keeping the fingers crossed!

Joginder Tuteja is a trade expert and film critic, and loves to talk and write about anything that is related to films. Views are personal. 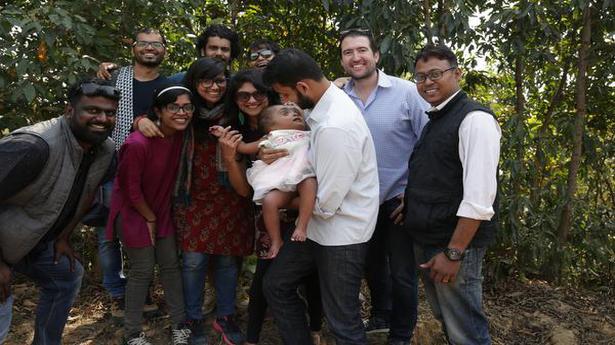 ‘This is a love story’: Makers of Netflix documentary ‘Rooting for Roona’ Why Amitabh Bachchan’s grandson Agastya Nanda is trending. No, it’s not for his Bollywood debut Interest Waiver Scheme: Loan Outstanding as of February 29 to be Reference for Ex Gratia Relief